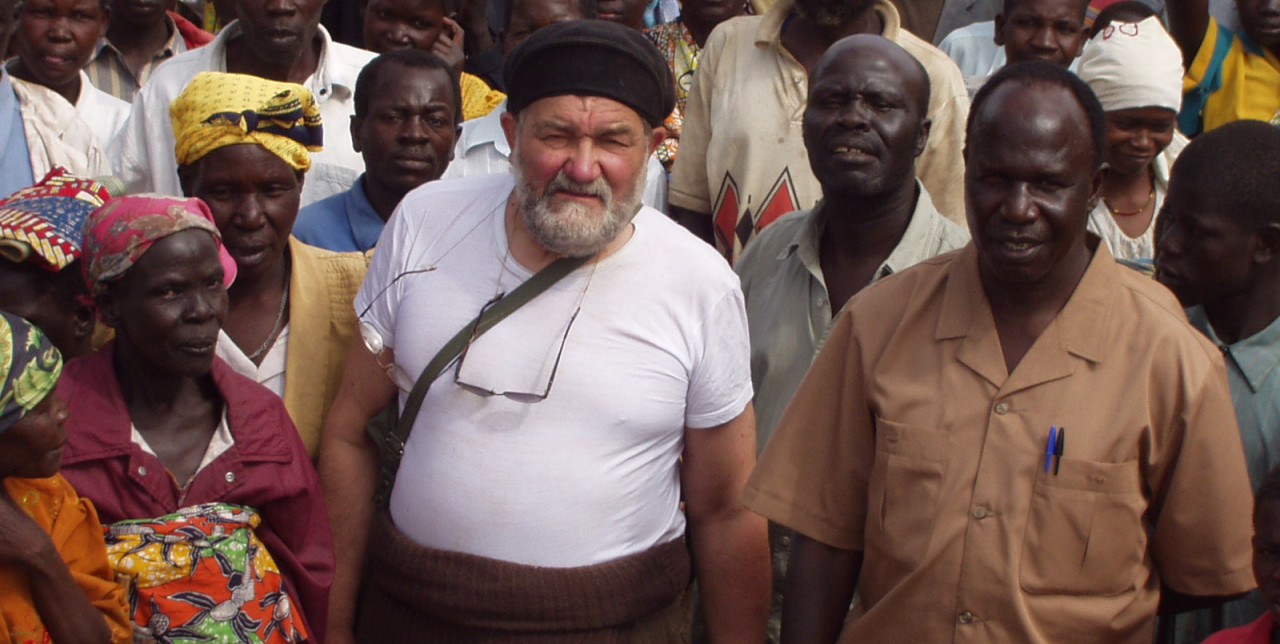 We told many times about who Father Barbieri was: the man who by his megaphone shook Italian people's consciousness during the 1960's. Now we want to talk about him through the testimony of Uberto Pedeferri, area COOPI manager since 2006. Barbieri's memento is celebrated in a letter addressed to COOPI's President Claudio Ceravolo and it is deeply partecipated and rises from the reading of the book about Barbieri's history which is also COOPI's history.

There is only one COOPI

"Barbieri was a great man because he decided to found a laic organization although he was a Jesuit father. It was a real revolution, indeed, but it looks like there have always been two COOPIs: the laic one and Barbieri's own one."

This Uberto's assertion is true only apparently; it is true for those who don't know the greatness of Father Barbieri, who wanted not only to increase the number of beneficiaries of COOPI's doing something good, but he also gave many people the chance to do the same.

Anybody wanted to be helpful and dreamed of a better world was welcome and thanks to Barbieri's great heart the gap between the two COOPIs was filled.

The first meeting with Father Barbieri

June 2005, Bruce Springsteen's concert in Milan. Uberto, who was not working with COOPI yet, was going to the concert with his mother. He saw Father Barbieri and without having a proper idea of who he was he decided not to leave him any offer. But at the end of the touching concert he decided to offer few euros to the organization that Father Barbieri represented.

Can you feel the spirit?

"You must meet also our president", they told him at the end of the job interview with COOPI HR office excatly one year after. So he went in Father Barbieri's office: a messy room from which he could hear him grumbling.

"He looked at me and told me something like: "So, you are the new one, aren't you? Come in, come in". We seated at a writing desk and another formal job interview started. We were talking about my CV when suddenly the phone rang. He moved the documents on his desk and an old 1980s telephone appeared; he answered but the phone went on ringing while he continued saying "Hello, hello!" with more and more grumpy tone of voice. It took him a while to realize that the ringing phone was another one. I was about to laugh and suddenly I recognized him: he was the Father I had met out Bruce's concert! The Boss's voice asking his public: "Can you feel the spirit?" resounded in my head and I understood that if until then I had met COOPI's nervous system, I was now in presence of its heart".

Since then Uberto has had the certainty that "there aren't two COOPIs when we speak with the Heart". And six years later the death of Father Barbieri we are sure about it too.