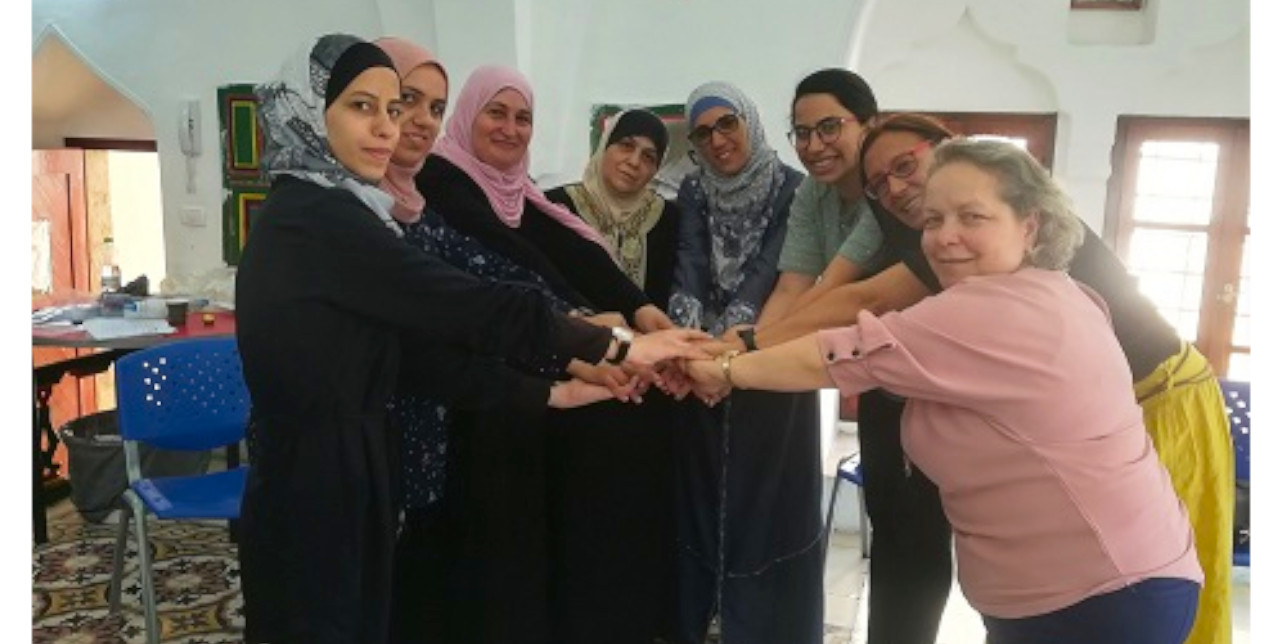 Women's rights. Haifa: Now I am a woman-leader

Haifa is 50 years old and lives in Silwan, a small community in East Jerusalem on the outskirts of the Old City.

Haifa is the mother of nine children, seven girls and two boys and she was born and raised in Silwan, where she went to school until the age of 15, when she had to get married.

Haifa is among the 20 women-leader in Silwan and Issawye, who has received psychological support to fight against gender-based violence, by our project partner Arab Counselling Centre for Education (ACCE), as part of the project entitled "Our lives, our future. Protection, resilience and empowerment of vulnerable Palestinian women in East Jerusalem" funded by the Italian Agency for Development Cooperation (AICS).

After participating in a training course about leadership, community mobilization and psychological first aid, Haifa is now ready to become an “advocate for change” within her community, to share sensitive issues such as gender-based violence and support families and women who are victims or at risk of violence within Silwan.

Before joining the support group, Haifa had no self-confidence and every aspect of her life was confined to the house and family:

"My life was very ordinary. I spent most of my days at home alone or with my family...my personality was weak. When I turned 50 I felt I had missed my chance in life, that I hadn't learned or done many things when I could have the possibility 30 years ago.”

"After the training, my personality became stronger and now I am a leader at home.

I learned many things - first and foremost, sisterhood with the other participating women. It is amazing how I have become so close to women I didn't even know before and that I now consider as my family. We help one another, as if we had known each other forever. We don't feel lonely anymore.

We have learned to become leaders for our 'balad' and our community and if we want to keep this role, we need to be strong and take care of ourselves. Now, when I'm at home, I can freely express myself.

My family, especially my daughters, have told me I have come a long way.

There will always be people who fear our determination and ambition, but we will continue to support each other, and we will move forward.”

Before becoming a woman-leader, Haifa felt overwhelmed by the difficulties she, like many other women in Silwan, had to face on a daily basis.

During the first meetings with the counsellors of ACCE, she recalls: "I was constantly anxious, because my son has been detained for two years. Since his arrest, I felt powerless, as if something inside me had broken down. But thanks to the support groups, I regained my self-confidence and learned to be strong for my son too.”

Today Haifa brings her experience and support to other women in Silwan, whose sons are also detained, and, now, she is also facing another major challenge – supporting one of her daughters during her separation from her husband.

"The old me would have probably done anything to prevent my daughter from divorcing and avoid her to bring dishonour to our family, as the social customs of our small community would encourage. Now I don't want to act simply as a mother, but as a mother-leader, to guide my daughter towards a more conscious choice, making her understand that, no matter what, I will always be there for her."

Haifa and other women victims of gender-based violence in Silwan have still a long way to go, trying to deal with the social conventions of their community that continues to hamper women’s empowerment.

For this reason, we continue to support Haifa to help her supporting other women in need and to empower Silwan community on gender issues.

"Now I feel I am an essential part of my community and I feel lucky to be supported by other women and my family”.