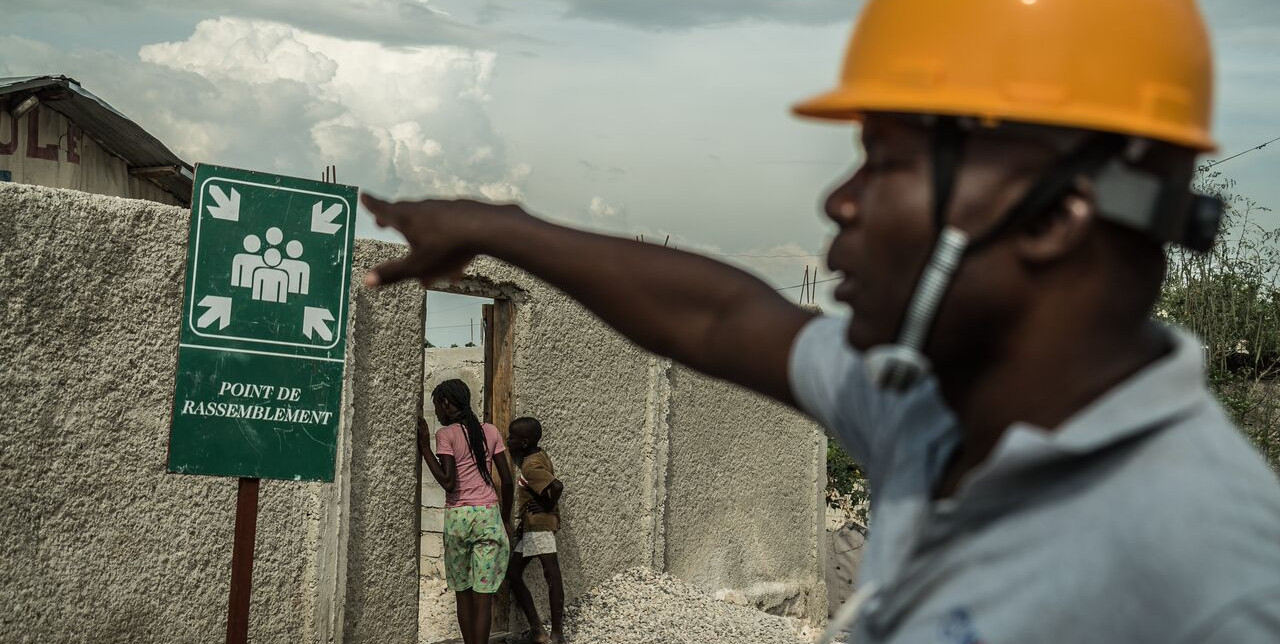 During the day and night, learn how to react quickly and effectively to an emergency is not a game, even if you do it with theatrical simulations. The community of Tabarre (municipality of Port-au-Prince - Haiti) is used to continuous natural threat and thanks to their participation to disaster risk reduction projects organized by COOPI no deaths were recorded during hurricane Matthew.

COOPI's program in Haiti is a best practice: thanks to the training of the community, it's possible to reduce mortality from disasters - the subject of "International Day for Disaster Reduction" celebrated today, 13th October. This year the slogan chosen is Live to tell and aims to put stress on the first of the objectives of Sendai Seven Campaign, sponsored by the United Nations Office for Disaster Risk Reduction (UNISDR). In other words: reduce deaths caused by natural disasters or human hazards.

The community of Tabarre in recent years has experienced the earthquake of January 2010, the Cyclone Sandy in 2012 and Hurricane Matthew last week. During these years, some people have seen their homes taken away by the water of the river Rivière Grise, some people since then is still living in temporary shelters and some others unfortunately lost their relatives.

Right here, in the context of the projects funded by ECHO (the European Commission's Department for Humanitarian Aid and Civil Protection) and OFDA / USAID (Office of the United States Government for Disaster Assistance in foreign countries), from 2011 COOPI works together with the population and local authorities to learn how to cope with different types of danger and in particular the cyclone, the most common threat in this area of intervention.

This time Tabarre was not unprepared: a few days ago, during the passage of Hurricane Matthew (4 - 5 October 2016), evacuation operations carried out together with the Civil Protection made possible to quickly gather the inhabitants, to welcome them into safe havens and to assist them effectively. This has been possible thanks to project through which COOPI supported the Comité Comunal of Civil Protection (CCPC) of Tabarre, the Committees of Civil Defense premises (CLPC) and Equipe d'intervention Communautaire (EIC) of the area in the organization and preparation of evacuation exercises.

The realization of this activity allows the population to:

For several years, COOPI has chosen to dedicate a sector of its assistance to Environment and Disaster Risk Reduction through projects in different parts of the world. Along with other interventions of prevention and mitigation, the simulations in Tabarre have proved a best practice reproducible and adaptable to different risk contexts, in order to actively involve the whole community (including the weakest), to strengthen collaboration with local organizations, to raise awareness of the danger and ultimately save lives.