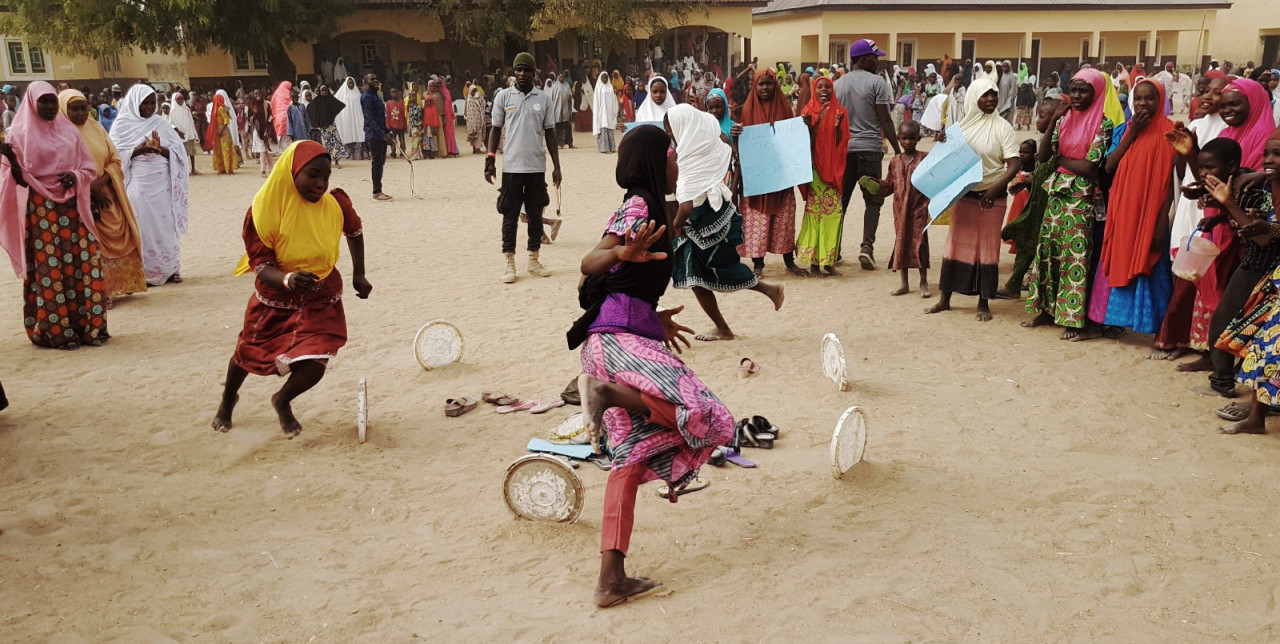 Bolori II belongs to the children

The reopening and rehabilitation of schools in February 2018 have led to more than twice the number of enrollments in the neighborhood of Bolori II (Maiduguri, Nigeria), from 5,245 to over 13,000. This has been the result of the four schools being brought back to activity after a period of extended closure caused by Boko Haram.

COOPI efforts- started back in June 2017 and supported by the financing of AICS (the Italian Agency for Development Cooperation)- have increased the number of teachers to 275: a level not seen since before the crisis. The intervention has also improved the quality and access to education, as well as strengthened institutional capabilities through school committees. It even included psychosocial support for affected youth and families, provided through the work of 20 educators and a COOPI-trained psychologist.

Along with the construction of new school infrastructures and the establishment of stocks of school supplies, these activities are changing the lives of the children who fight every day for their education in such a conflict-laden area. They were carried out with the participation of the local community and of refugees and displaced persons as well, who migrated from the western part of the country to flee Boko Haram violence. The project followed an innovative and non-discriminatory approach aimed to instill stability and progress in an environment as dynamic as often-forgotten, and has proven to be a role model for other NGOs operating locally.

Additionally, the COOPI and AICS intervention allowed the installation and rehabilitation of four wells and solar panels-powered pumps, besides 40 taps for drinking water and hygienic services benefiting the community as a whole. It is the belief of COOPI that tackling local issues through an integrated approach will help strengthen the spirit of the community and foster a change for the better not only in the lives of young students, but in those of their parents and neighbors as well.
Paolo Prina, project leader, explains: «It was just a year ago that Bolori II was synonymous with the devastations caused by Boko Haram, as this was the birthplace of the terrorist group. Today, however, we can firmly say that Bolori II belongs to the children.»