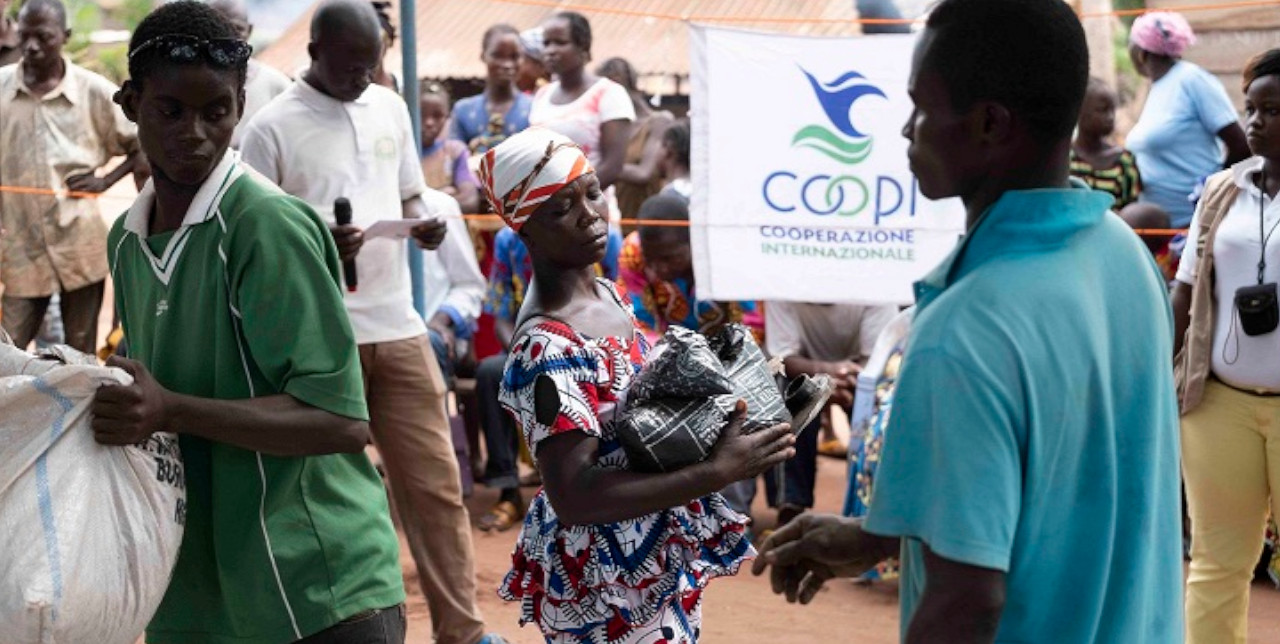 CAR. The income of beneficiaries is now 8 times higher

"100% of the beneficiaries - 234 men and 221 women - involved in the project to support the resilience of the agro-pastoral communities of Lobaye were satisfied with the progress made during this year," says Claudia Castellone, COOPI Project Leader in the Central African Republic.

After one year, 495 beneficiaries received poultry, pig and goat kits and food production units. In addition, they were trained on how to better manage their finances, thus receiving useful information to strengthen their capacity on production and marketing techniques.

This training has allowed associations and producers to improve their cultivation techniques, thus increasing their production capacity.

"As far as income management is concerned, Castellone adds, agricultural associations and individual producers' shares initially generated an average income of CFA 500 per day; thanks to the project, it has now increased to CFA 4,000".

By increasing their average income, each households were able to face food insecurity, devote part of their income to their children education and invest in new plots of land or purchase new livestock.

Since November 2018, COOPI has been implementing the "Support for the resilience of vulnerable farmers and stockbreeders in southern Lobaye", funded by the Italian Agency for Development Cooperation (AICS), to create new opportunities for a fairer work, eradicate social and economic inequalities and empower women.