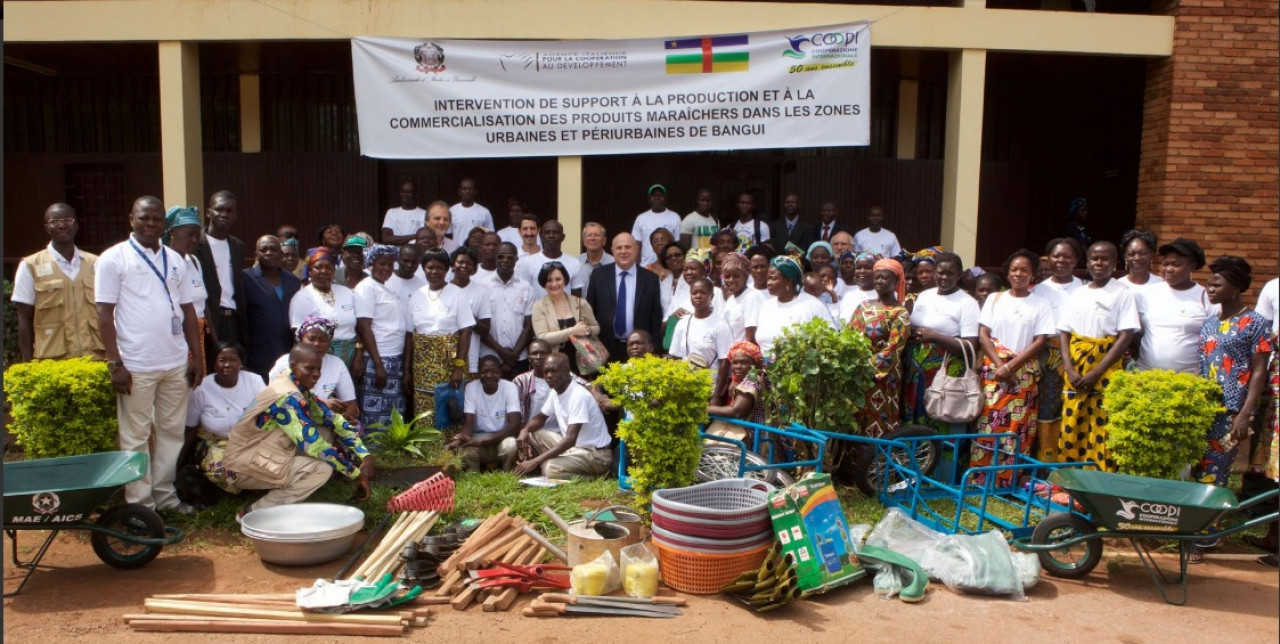 The Italian Cooperation does not forget Bangui

Italy does not remain indifferent to the very delicate situation that the population of Central African Republic is experiencing and the visit of Mario Giro in the territory is a clear message. That of the Deputy Minister of Foreign Affairs and International Cooperation was a mission started on October 11th, during which there was the opening of a new Italian Cooperation headquarters and the visiting of projects promoted by the Italian NGOs present on the territory. COOPI has worked in Central African Republic since 1974 and has never left the country since.

Central African Republic is one of the poorest countries in the world and is recovering from the violence unleashed in 2012 by two armed groups, the former Seleka and the Antibalaka. In addition, more than half of the Central African population (2,7 million out of a total of 4,6 million) depends on humanitarian assistance to survive, and about one and a half million are in a situation of food insecurity. Within this context, COOPI stands with of refugees, female victims of sexual abuse and communities subjected to ethnic-religious persecutions.

The COOPI project, visited on October 14th by Deputy Minister Giro, together with Ambassador Samuela Isopi, falls into the "food security" sector and provides support for the production and marketing of agricultural products in the Bangui municipality and in the bordering areas.

Here, agriculture accounts for 55% of the economic activities of the country and is among the sectors most affected by the current crisis. In particular, the proposed activities increase the livelihoods of 250 families of farmers and traders and, at the same time, decrease the level of vulnerability in Bangui area.

The project, financed by AICS (the Italian Agency for Cooperation and Development), takes place on all levels of the food supply chain: from production in the countryside around the city, to the transport and supply of two large markets, within which facilities are being rehabilitated to guarantee food hygiene and staff training.