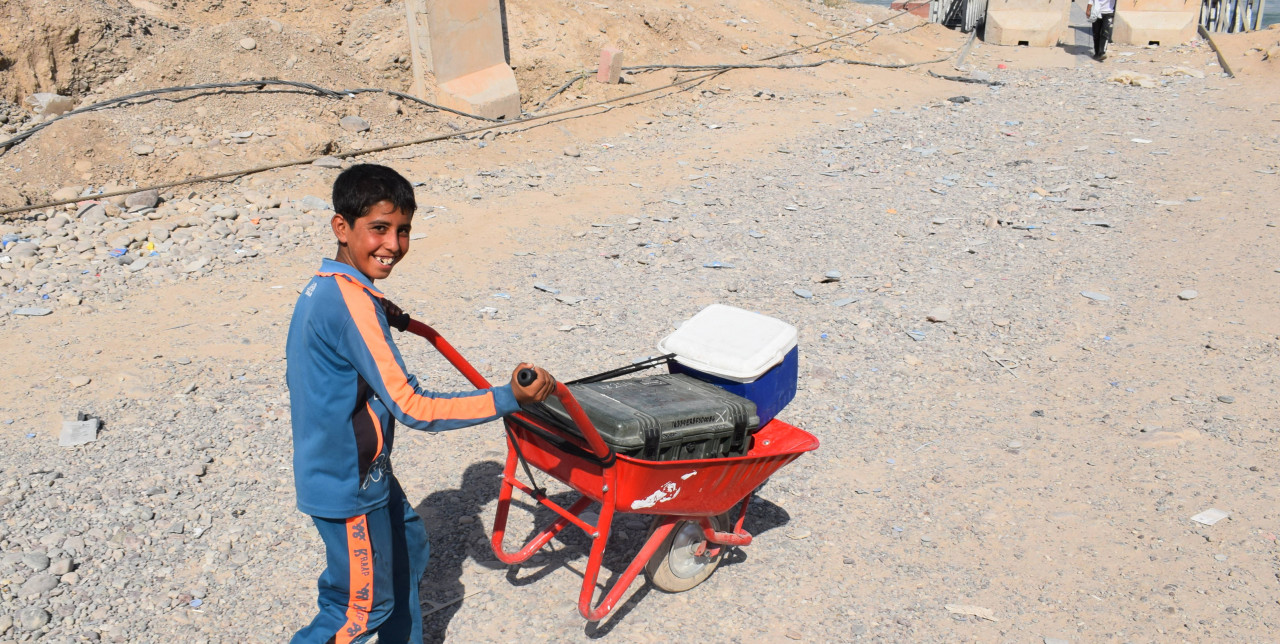 Thoughts and images from Mosul

The grey of the debris in West Mosul is the sovereign color in the city which, at first sight, seems uninhabited. There are very few people apart from the soldiers at the check point, where they camp and listen to music.

I was moved by a little boy sitting on the curb of a sidewalk... he was staring into space and according to our guide, he was starving. For security reasons, I had to stay in the car.

Suddenly I saw an elderly man and a child with lost stares, wandering amid buildings in ruins: there is no more life in Mosul, at least this is what the torn down buildings seem to cry out. We followed the street up to the mosque al-Nouri, that too completely destroyed. It is here that Abu Al Baghdadi, on 29 June 2014, during the Friday prayer, announced the re-establishment of the Caliphate and proclaimed the Islamic State ... today, the words “fuck ISIS” dominate on part of the dome: the mosque has been violated for the second time.

But West Mosul is not dead... perhaps there is hope!
When we arrived in front of a school, a swarm of children was pressing at the entrance. The school, riddled on every side, looked like Gruyère cheese. We went in. In the back, a pallid sun was coming in from an enormous hole in the roof. On one side of the room destroyed desks, and on the other dust and debris. Along the corridor, the headmaster showed up, a man in his fifties, short but with such scenic presence to seem two meters tall, dressed up in his good suit and a tie: so much dignity, I remained enchanted as always. He started talking fast in Arabic, the girl next to him translated «we need more classes». There are over one thousand kids, divided into two shifts, the boys in the morning and the girls in the afternoon. The toilet facilities cannot be used: in case of need, the children have to run home.

I looked inside a classroom, a teacher was busy teaching, at least four boys were sitting at a two-seat desk, one on top of the other, scratching their heads... maybe lice. Their smiling faces, a space for hope. They were dirty, but smiling! The headmaster took us to visit his former school, a couple of hundreds of meters away. The blanket used by an ISIS militant was still there... I wonder what he looked like, if he was Arab or a foreigner... who knows?