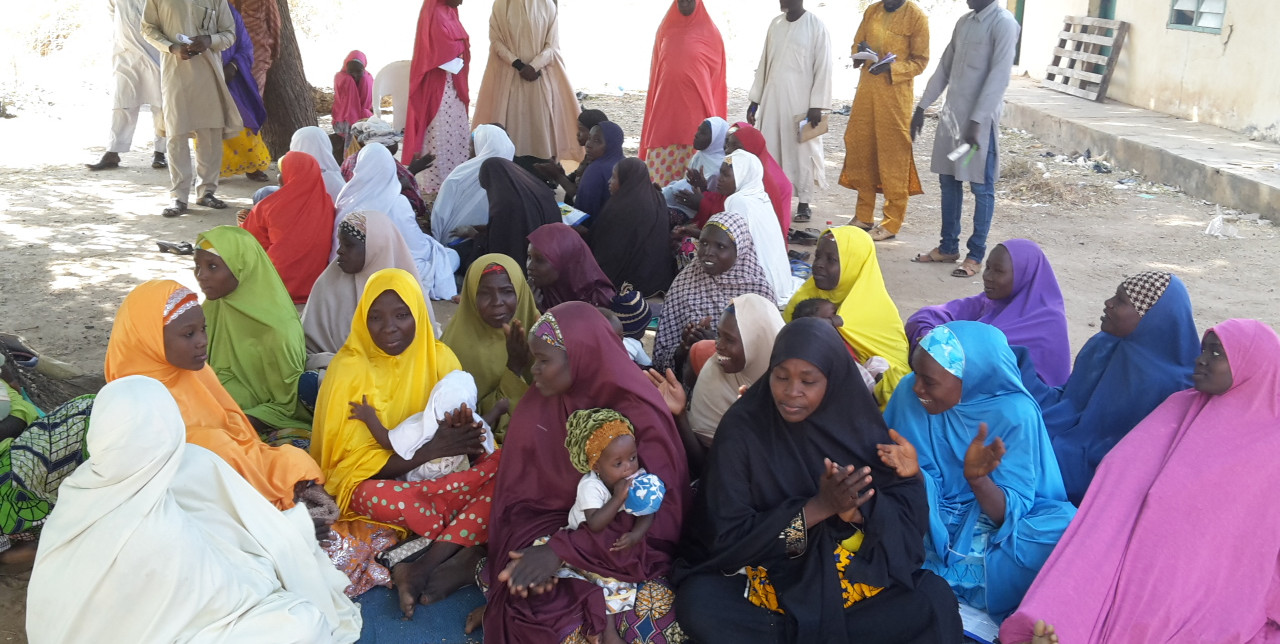 In Northeastern Nigeria the humanitarian emergency is getting worse as a result of the increasingly intense conflict between government forces and the armed group Boko Haram.

According to the International Organization for Migration (IOM), the conflict has generated around 1,825,000 internally displaced people, most of whom find shelter in the north-eastern part of Nigeria, particularly in the State of Borno. A flow of displaced persons of such proportions exacerbates the picture of precariousness and absolute poverty that has characterized these regions even since before the birth of the terrorist group. In such context, COOPI believes it is first priority to work on integrated programs to fight malnutrition and reduce food insecurity.

Thanks to the financing provided by the Italian Agency for Development Cooperation (AICS), COOPI will carry out an "emergency intervention for the improvement of food security in favor of the populations affected by the conflict in the state of Borno, in Nigeria". To this end, the action will be structured on two main axes: the distribution of food resources on one hand and the carrying out of awareness activities on nutrition and hygiene on the other.

The project will be implemented in the district of Kaga to benefit about 700 families (indigenous, displaced and repatriated) living in a state of food insecurity that, according to statistics, mainly affects pregnant and lactating women and children under five years of age.

Selected families will receive a monthly contribution in the form of electronic vouchers that can be used directly for the purchase of food and hygiene products from a series of vendors pre-selected and authorized by COOPI. This way, the project estimates that the most vulnerable families will have access to a varied range of products (cereals, tubers, vegetables, fruit, eggs, vegetables, milk and dairy products, oil, salt, sugar) that are sufficient for their own livelihood. Such voucher system, which can be monitored electronically to verify that the funds are not used for other purposes, is designed to stimulate the local economy, helping small sellers to recover from the economic impoverishment. Furthermore, COOPI will verify that food products are available for the entire duration of the project, i.e. until the end of February 2018, ensuring a certain continuity in access to food and therefore greater food safety.

To improve the health of mothers and their children, an intensive awareness campaign will be carried out on multiple communication channels (home visits, help groups, training in schools, etc.). To this end COOPI will focus on the promotion of good nutritional and hygienic-sanitary practices giving support to women from pregnancy until the child reaches the second year of age. Among the activities, there will also be practical lessons on the preparation and conservation of nutritional meals as well as the distribution of kits for newborns. Finally, mothers will be involved in recognizing the signs of malnutrition in their children through the use of the so-called MUAC bracelets (Mid-Upper Arm Circumference). The identified children will have access to specific therapeutic treatments and will be followed in their healing process through the creation of a database meant to be updated regularly.