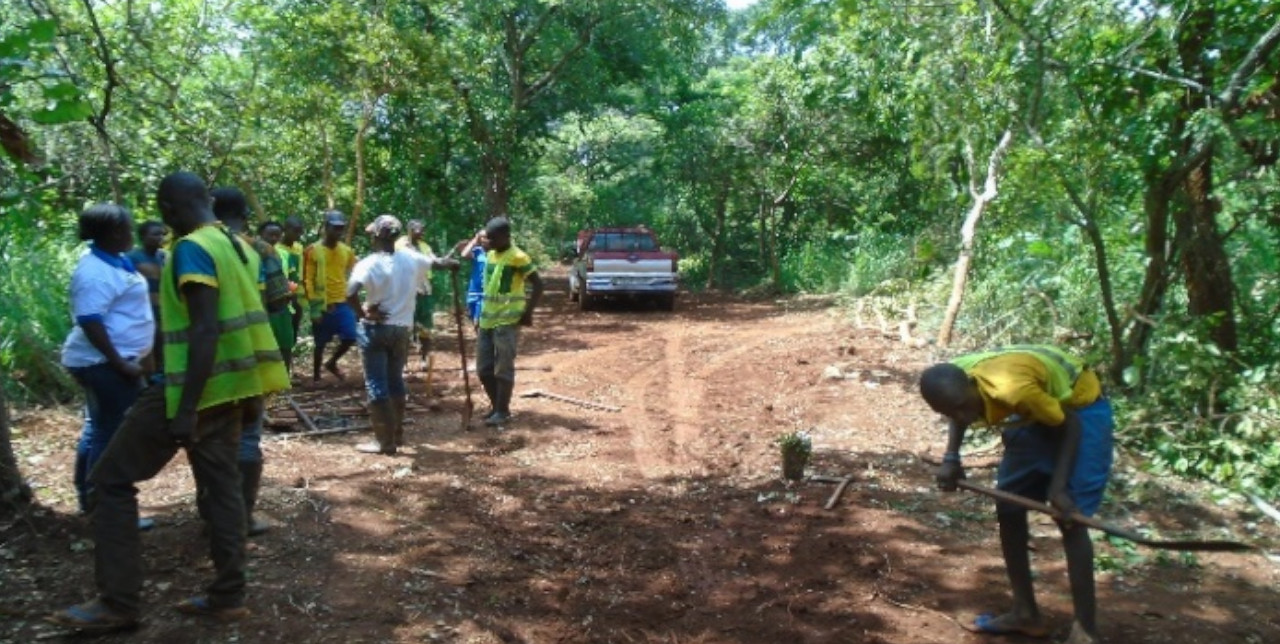 50km of trails to boost trade

In the south of the Lobaye Prefecture, in the southwest of the Central African Republic, it is almost impossible to go from one place to another. Neglected roads and paths prevent more than 300 farmers from reaching neighbouring markets where they can sell their products. To support the farming community, COOPI will rehabilitate 50 km of trails thanks to the project "Support for the resilience of vulnerable farmers and stockbreeders in southern Lobaye" funded by the Italian Agency for Development Cooperation (AICS).

The project's beneficiaries received cash for work payments for the rehabilitation of the trails, which began in April 2019. 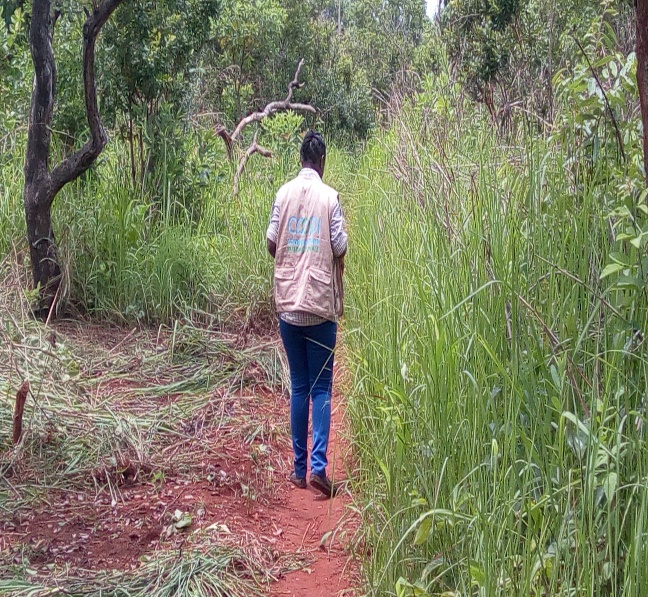 One of Mbaiki trails before the rehabilitation programme

Initially, a group of 20 beneficiaries from each of the 6 districts involved in the project worked on each portion of trail for two weeks, receiving a daily fee of 1,500 CFA. In the following weeks, given the extent of the interventions to be carried out, from the construction of drainage ditches for rainwater, to brush management and weeding, the fee was raised to 2,500 CFA. 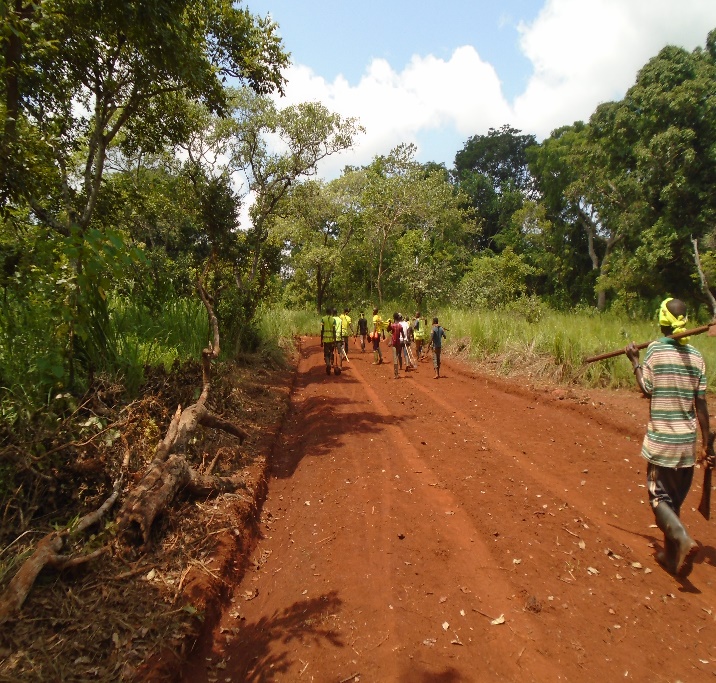 One of the trails after the rehabilitation activities

The rehabilitation of trails was a key activity for the 495 "paysans" (farmers, breeders, traders and craftsmen), as it allowed them to reach local markets and increase their purchasing power.

The project "Support for the resilience of vulnerable farmers and stockbreeders in southern Lobaye", which will end in November, aims to strengthen the production, storage, processing and marketing techniques of agro-pastoral products, with the ultimate goal of improving the food security of the population, in an area where malnutrition affects about 61% of the population.