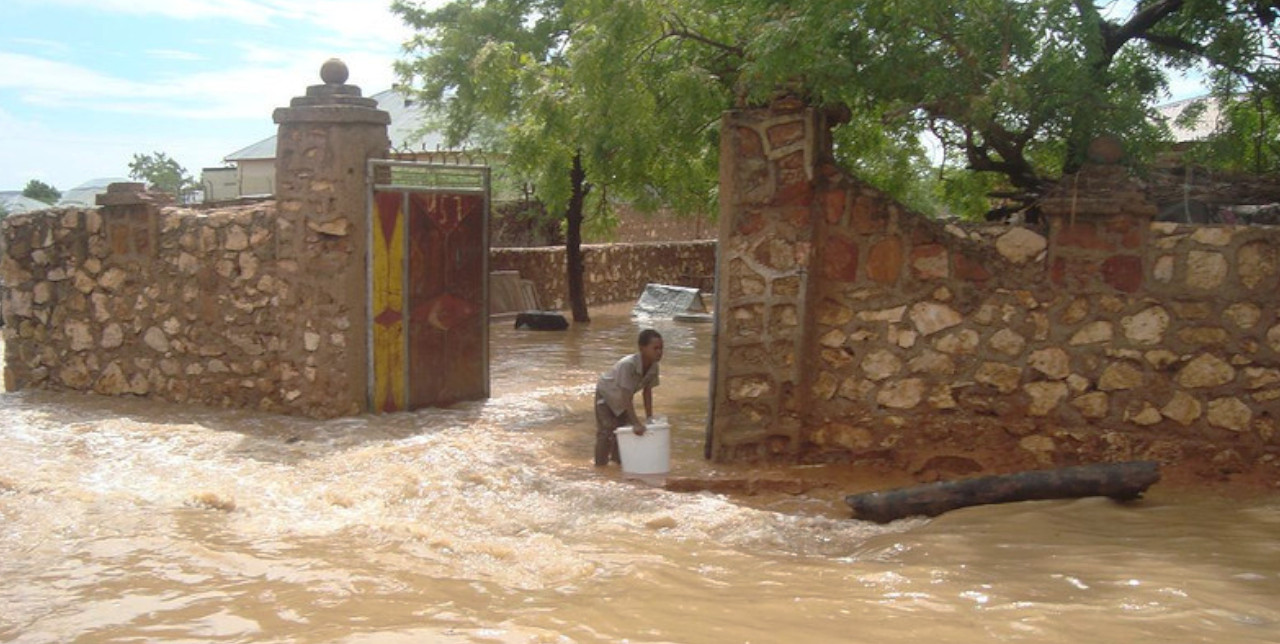 Berdale. A Somali town under water

On November 4th, 20 people representing United Nation agencies, non-governmental organisations – among which COOPI - and the local administration carried out an assessment in Berdale, the town in the centre-south Somalia mostly battered by heavy rainfall since October.

Somalia is a country greatly affected by climate change – droughts and floods unfolding in this area have deeply affected the population already under strain after almost 30 years of conflict. 6.3 million people are food insecure, while half million have been hit by recent floods, and 370,000 people fled their homes.

Berdale is the town mostly affected by flash floods. It is situated 55 km north-west of Baidoa, Bay Region capital and it has a population of 50,000 people and 6,000 IDPs, who found here a “safe haven”, fleeing from violence and conflicts.

Humanitarian workers could only reach Berdale by helicopter, since roads are inaccessible. “This isolation entails three difficulties - the first one is to be able to bring people what they really need, from food to emergency shelters, from vaccines to mosquito tents, etc. The second difficulty is linked to the increase in the price of goods to be distributed and the last one is the progressive reduction of stocks in town”, explains Deka Warsame, COOPI Head of Mission in Somalia.

As other humanitarian workers also point out, water has submerged three quarters of Berdale. Fields and underground seed storage were flooded, thus compromising the next cropping season. Water also covered shallow wells used by people and animals, thus contaminating water and spreading water-borne diseases. Heavy floods wiped out houses and led to 6,000 new IDPs in town and other 35,000 in the neighbouring areas. Capacity of hospitals, schools and markets were also limited.

After the assessment, there are several necessities to be guaranteed – tents and other items to deal with the emergency (mattresses, blankets, containers for water, cooking utensils, etc.), safe drinking water, latrines, wells rehabilitation, products against mosquitoes and other vectors of diseases, nutritious food, medical supplies and temporally health facilities, hygiene kits, women and children protection against abuses.

COOPI is present in the Bay region with a project funded by the European Commission (ECHO – European Civil Protection and Humanitarian Aid Operations) that supports the population affected by this chronic crisis. Implementing unconditional cash transfer will also be pivotal to meet the needs of the affected households, avert the current food insecurity and increase their purchasing power with a positive impact on the local market. “Cash transfer is one of the highly recommended solutions to deal with the emergency and COOPI can share its expertise in this sector with its partners”.

Since 1981, COOPI is present in Somalia, where it carries out projects to increase the resilience of the most vulnerable population, by supporting them in coping with adverse conditions, being them climatic or not. Food security, Water and Sanitation, Health and Vocational training are also among its main sectors of intervention.