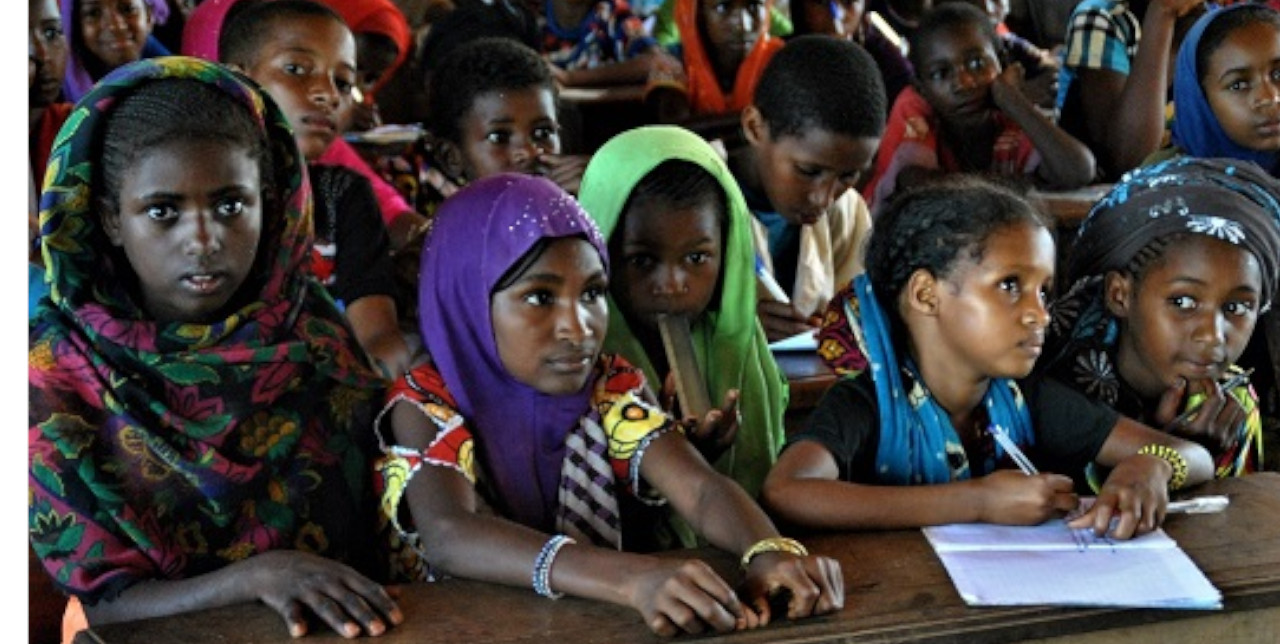 In Bria, 10,192 children and 104 teachers are among the beneficiaries of the project "Integrated humanitarian aid WaSH/EFSL/Education/Protection for the most vulnerable women, girls, men and boys affected by the Central African crisis in the prefectures of Ouham and Haute Kotto", funded by the European Commission (ECHO, European Civil Protection and Humanitarian Aid Operations) and in consortium with OXFAM.

The project tackles the emergency situation in the Haute-Kotto prefecture, which has suffered from an unprecedented military and humanitarian crisis following clashes such as those of 21 November 2016 between armed groups that split communities who previously lived in peace.

The action, launched in July 2018 and ending in October 2019, offers children affected by the conflict the opportunity to receive quality education, both formal and informal, in safe places for their learning and personal development.

Since the beginning of the project, we contributed to:

With regard to the Protection cluster, we have contributed to restore the Bria Community Network for Child Protection (RECOPE), composed of 82 members, half of whom are women, which provides psychosocial support to more than 350 children. It also monitored and reported 268 cases of child rights violations in Bria City and in the PK3 IDPs camp, including 14 cases of sexual violence against girls aged 9.

In addition to education activities, we are offering equal access to safe water and sanitation, as well as training on good hygiene practices, in order to improve the living conditions of women, men, vulnerable children and displaced and repatriated persons. To this effect, we are also strengthening community self-protection mechanisms by promoting the prevention of gender-based violence.

Since 1974, we have been present in the Central African Republic and we have never left the country, despite the intensification of clashes. Between 2017 and 2018, to continue supporting the population, who suffers from indiscriminate violence, we expanded our presence in 7 other prefectures, including Haute Kotto.