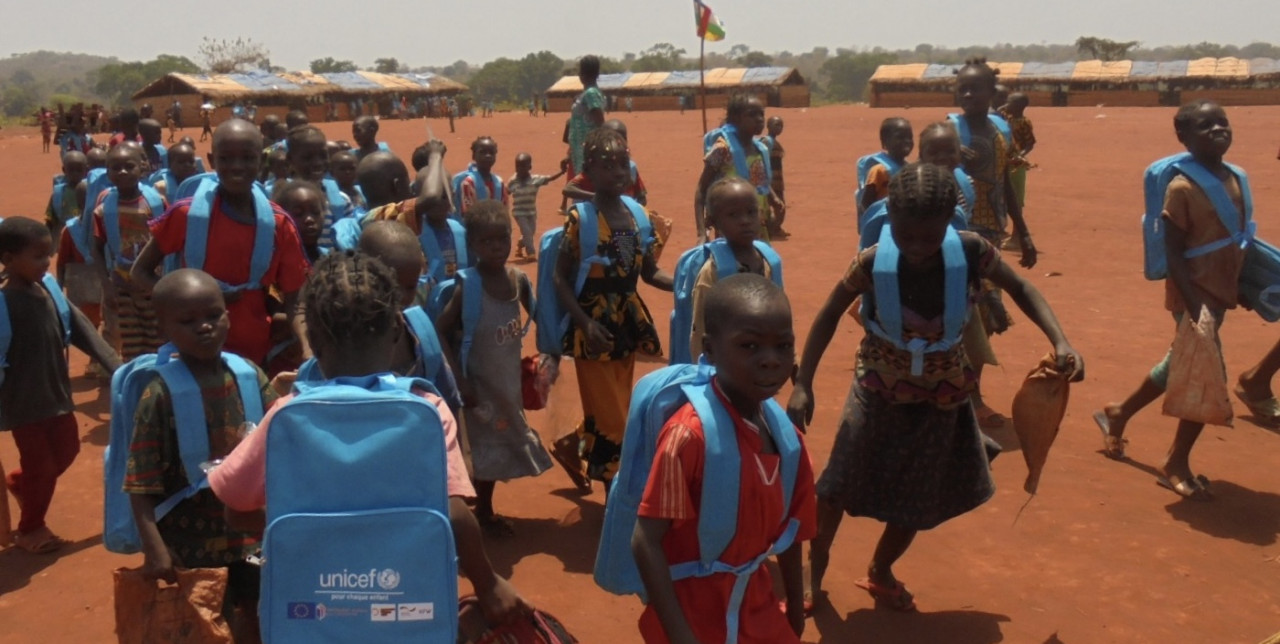 In the Central African Republic, the project "Integrated response Water and sanitation, Food security and livelihoods, Education and protection for the most vulnerable women, girls, men and boys affected by the Central African crisis in the sub-prefectures of Bangassou and Bria" funded by the European Civil Protection and Humanitarian Aid Operations (ECHO) and implemented by COOPI-Cooperazione Internazionale and Oxfam has come to an end. Between 2018 and 2020, the program has enabled 12,000 children to have access to quality education in an environment that protects their rights. Among them, nearly 3,800 children live in the Bria IDP site, a place where more than 50,000 people have taken refuge following clashes between armed groups and the loyal army of the Central African Republic.

The activities of COOPI, which is committed precisely to the Education component, concerned the entire education system; they were initially carried out in the subprefecture of Bria and then, starting in March 2020, extended to the subprefecture of Bangassou. In particular, it achieved several results:

To date, 300 children have benefited from "second chance" classes; more than 475 elementary school pupils (350 boys and 125 girls) have received individual psychosocial support; and 5,178 (2,686 girls and 2,492 boys) adolescent girls have been sensitized during life skills training sessions.

According to the United Nations Office for Humanitarian Affairs (OCHA), more than half of the Central African population - 2.9 million out of a total of 4.6 million - depends on humanitarian assistance to survive. COOPI has been working in the Central African Republic since 1974 to help the most vulnerable: internally displaced persons, women survivors of sexual abuse, and communities affected by ethnic-religious persecution and harassment.