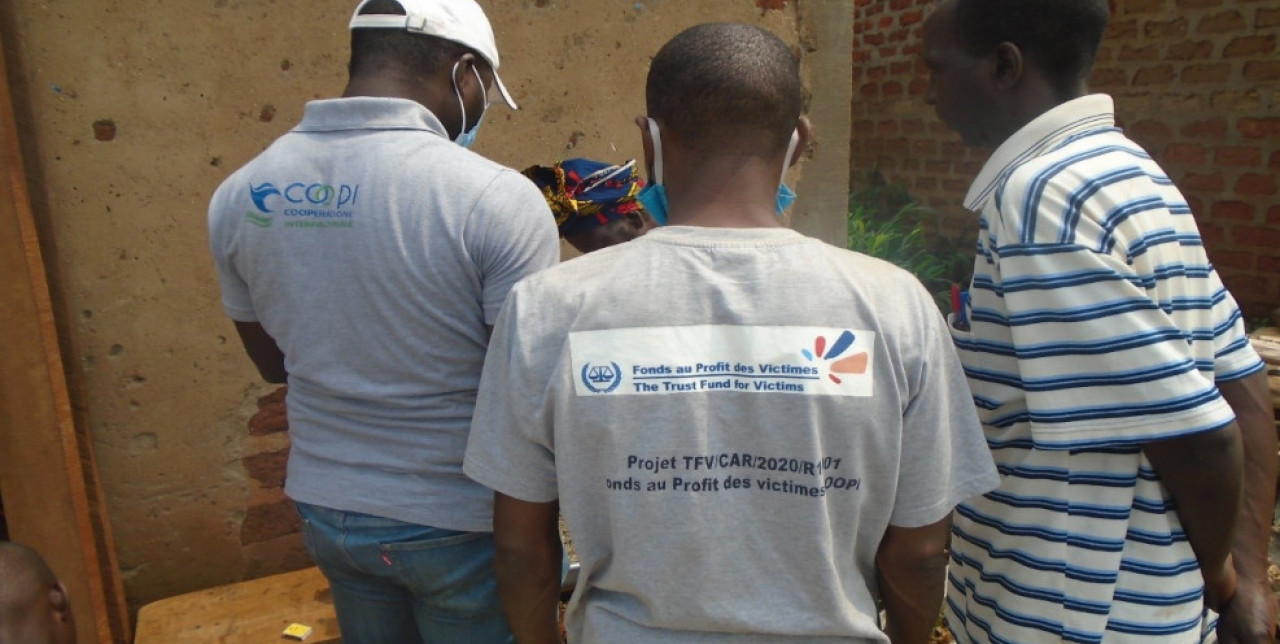 CAR. From stigma to acceptance

"Long before the beginning of COOPI's intervention, I was subject to mockery and shame, at all times I and my daughter, born out of a rape, were stigmatised by my family members, especially my brothers and sisters. They find it difficult to accept my daughter because they believe she jinx", said a woman who survived the violence that ranged in the Central African Republic between 2002 and 2003.

In this context, for a period of 14 months (from 01 September 2020 to 31 October 2021), COOPI - Cooperazione Internazionale supported 200 survivors of war crimes through the project "Assistance to victims of the situation in the Central African Republic: Physical and psychological rehabilitation and socio-economic support to survivors in a situation of acute vulnerability in the city of Bangui".

In detail, the different activities conducted in the psychosocial support centres (active listening, individual counselling, group therapies, ergo-therapeutic activities, family mediation, medical referrals) significantly contributed to the psychological and physical progress of the survivors. "Thanks to regular psychological support and repeated family mediation, my parents and siblings have accepted my daughter; it is a great relief today, after 17 years of isolation, shame and social insecurity, I have regained the dignity and brotherly love that I missed so much. For the first time, my older sister has given my daughter gifts" said the survivor emotionally. Assistance was provided in a holistic manner through six areas of intervention: psychosocial care, medical care, socio-economic reintegration, nutritional and food support, support for formal education for the children of victims and housing support for displaced and homeless survivors in Bangui.

As evidenced by the testimonies of the beneficiaries of the family mediations, significant reductions in stigma and mistrust towards the survivors and their dependents have been observed in most of the victims' families.

In addition, a significant reduction in requests for medical support from survivors was reported, as well as a decrease in visits to health facilities, which was justified and explained by the stabilisation of the psychological and medical condition observed in most survivors.

In Central African Republic a deep crisis is occurred between 2002 and 2003, which led to the founding of several armed groups from neighbouring countries. During these years many women and men were victims of rape, murder, looting, torture and other war crimes as a result of the passage of these armed groups into the main cities, such as Bangui.

In the absence of a sentence for the victims of the crimes under the jurisdiction of the International Criminal Court (ICC) after the end of the attacks, the ICC Trust Fund for Victims has initiated the launch of reparative assistance programmes for survivors.

Within the framework of this situation, COOPI’s pilot project provided an alternative form of justice for survivors, restorative justice, and helped them to build resilience and socio-economic empowerment.

The results of the project revealed a significant reduction in post-traumatic symptoms: 89% of the victims recorded psychological stability. The permanent and continuous observation of free expression, smiling, restoration of confidence, active participation in recreational activities, cleanliness are important signal, as they gave a clear demonstration of survivors’ mental stability.

Since 1974, COOPI has been working in the Central African Republic to provide psychosocial support to survivors of violence through protection monitoring, social cohesion and management activities in several refugee and internal displaced people sites.