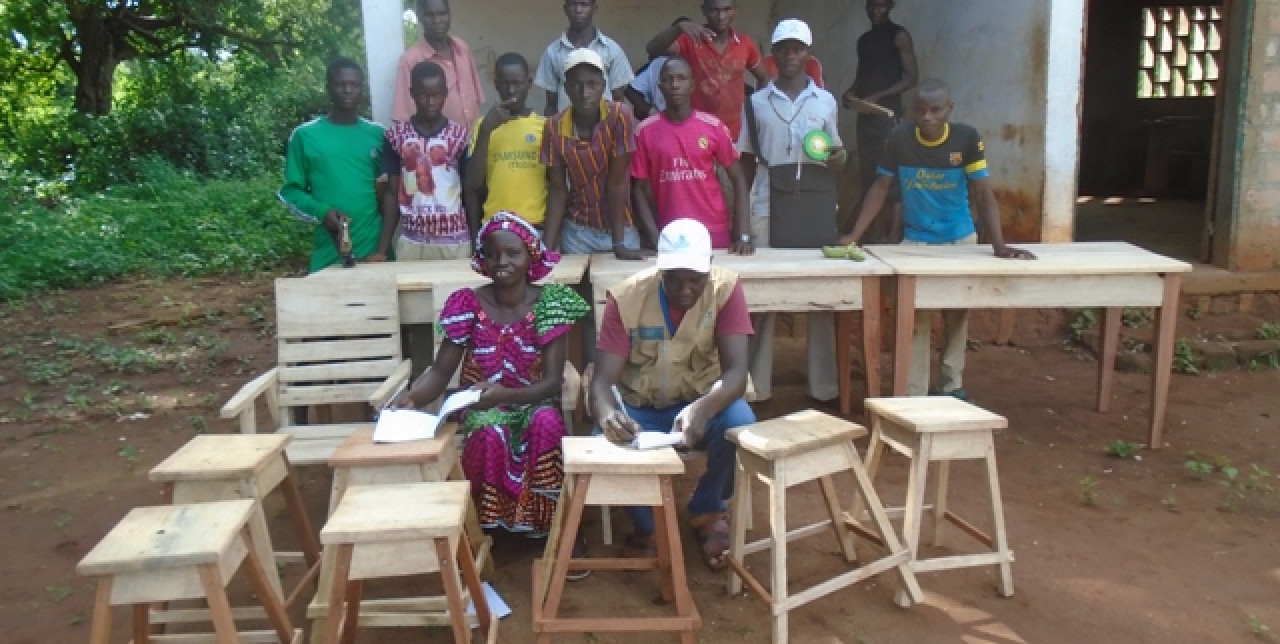 CAR: the collapse of the humanitarian situation

The prefectures of La Ouaka and Haute-Kotto are the areas most affected by the political-military crisis that Central African Republic (CAR) has been facing for about 20 years and during which the constant conflict between the State and the two main rebel groups- the Islam-inspired armed Seleka groups and the Christian-inspired Balaka- has led the country to an almost everlasting crisis.

The cities of Ippy and Bria are those that witnessed the greatest migratory flows in the neighboring villages.  In this area, COOPI  (International Cooperation) has focused its intervention on the protection of rights, in particular women’s and children’s, with a project that strives to provide a multisectoral response to the crisis by promoting the education of children and young people between 15 and 24 years of age.

The purpose is to provide young people with the opportunity to choose between a life in the local armed war and a normal life: one in which activities related to literacy, arithmetic, specific vocational training outside school and awareness of peace all lead to experience a renewed wind of change, which is social integration in local communities and economic recovery.

Such COOPI project aligns with the international intervention policies, and in particular with the second objective of the 2015-2016 SRP (Strategic Response Plan) defined by OCHA (the UN Office for the Coordination of Humanitarian Affairs) designed to improve the life conditions of 2 million people, 42% of the total population.

The project is also part of a national plan - Program d'Urgence et de Relèvement Durable, PURD - elaborated by the previous interim Central African government, whose objectives are the protection of the communities of internally displaced persons, the improvement of the school system, food and nutrition security, access to safe drinking water and basic sanitation.

To provide numbers, the project has reached 15,000 family groups (indirect beneficiaries) and in particular 9,965 direct beneficiaries. These are children and boys who have been unable for years to conceive an alternative to violence, torture and looting. Thanks to the efforts of the international and local community, they have learned to read and write, to integrate themselves and to have a dialogue with the members of their community on peace and social cohesion; lastly, they even learned a profession. This has contributed to reduce the criminality rate and helped the government to exercise greater control over those areas of illegality residing in the countryside and in the territories north of the country, where clashes between rebel groups and the government continue

The projest was carried out in collaboration with the Common Humanitarian Fund (CHF).