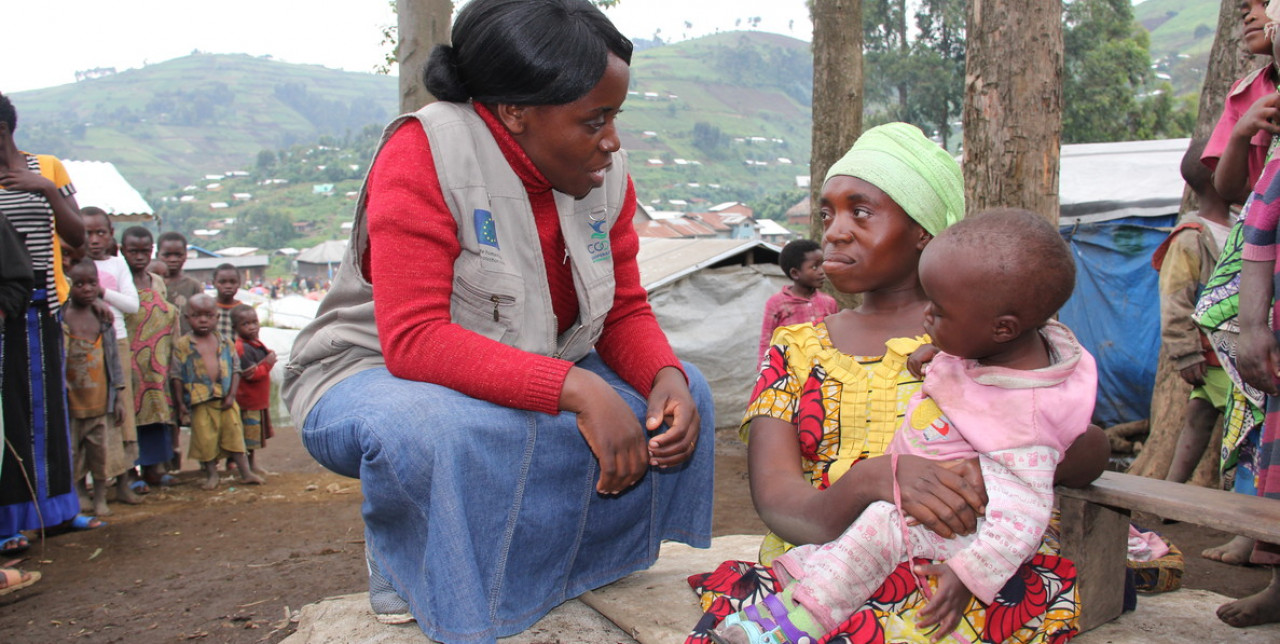 Congo: The children of abandonment

The green hills and moist land of Masisi, in the eastern region of the Democratic Republic of Congo (DRC), are the result of its grey sky. It is cold and, in the season of rains, water seeps through the huts in which 108 displaced families live in the Buporo camp. With a bit of luck, the huts are made of waxed cloth; otherwise, they are precarious puzzles of plastic, shredded cloth and remains of sheet metal fixed with poles. More than a refugee camp, Buporo is the last stop of fleeing people.

On 7th September 2016,  the Congolese authorities forcefully evicted a larger and better equipped camp, Kishusha, in the nearby Rubaya. Its 6,611 inhabitants, Hutu refugees from Rwanda or Congolese displaced persons of the same ethnic group, were simply expelled. Basically, 80% dispersed to Rubaya and other localities, while 10% found refuge in the Buporo camp, in Kibabi, and in North Kivu, the province with the largest number of displaced persons from Congo: 863,000 people. According to OCHA, the United Nations’ Office for the Coordination of Humanitarian Affairs, all these people fled from the violence of armed groups and the national army.

Currently, Kishusa is in a state of abandonment because the Congolese authorities believe that the Hutu refugee camps are a breeding-ground of the one and only armed group in Congo with a true military power: the Democratic Front for the Liberation of Rwanda (FDLR), established by Rwandan Hutu officers and Interahamwe militia, that fled from Congo following the genocide in Rwanda in 1994.

Mboneza’s parents arrived in Kishusha fleeing from the anti-Hutu violence of the Raia Mutomboki militia. Mboneza arrived in Buporo with her parents, after passing most of her 20 years fleeing. Ironic, because she cannot stand on her legs. With her yellow dress covering the lower part of her body, she walks on her arms as if they were crutches and almost seems legless. But her legs are there, curled up and so deformed to have lost their functionality.

"She probably suffered from rickets," says doctor Vincker Lushombo, medical coordinator of the Italian NGO COOPI, who offers free medical treatment in the dispensary of Kibabi, the only assistance that the refugees receive.  The cause of rickets is a severe vitamin D deficiency, often due to an insufficient diet. Lacking the United Nations’ support, refugees work when-and-where possible as daily farm labourers or in the Region’s coltan and manganese mines, and they never eat meat.

Mboneza has an 18-month child, born following a rape. Rickets is rarely inherited, but hunger is. The young mother was malnourished during pregnancy. Owing to COOPI’s medical treatment, the child was born healthy, but the mother barely had any milk to nourish him. Within his sixth month, he suffered from malnutrition, and COOPI intervened again. Mboneza tells her story, her tough experience, in a loud voice refusing to find a more discreet place to talk. She is courageous and, despite poverty, her dignity is still intact.

Translated from an article written by Trinidad Deiros Bronte