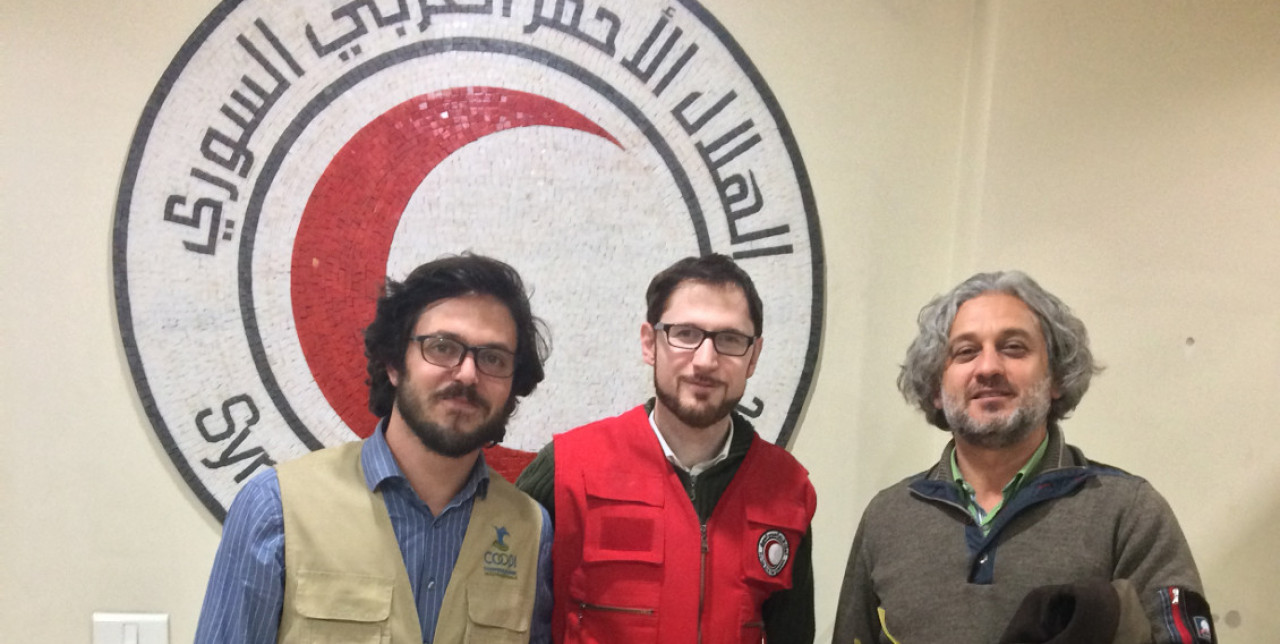 Six years later the beginning of the Syrian crisis, that until now registered 400,000 victims, more than 12 millions of people were forced to leave their houses and their certitudes. The conflict caused about 1 million of refugees in Europe; 4,8 millions of refugees in the neighbouring countries and about 6,6 millions of internally displaced people, who live in precarious conditions as regards basic needs: first of all, food security. In particular, Damascus district is at the third place for requirement of food aid and at the second place (after Aleppo) for number of people in need of assistance.

ABOUT to start our first aid project

After the opening of our new headquarters in Syria (in December 2016), at the beginning of February 2017 COOPI is going to carry on the project entitled "Food support in response to the Syrian crisis in Damascus's metropolitan area", together with the Syrian Arab Red Crescent (SARC) and thanks to the funding granted by Italian Agency for Development Cooperation. Coming from a three years experience in the refugees emergency in Lebanon, now COOPI is ready to become an actor in the humanitarian response in Syria, too.

COOPI and SARC's project has the aim to support  the most vulnerable refugee households in South-West suburbs of Damascus's metropolitan area and in its rural outskirts composed of Quatana sub-district. These families are those held by women as heads of household, those made up of more than 4 minors or with children aged between 0 and 5 years or including persons with "special needs" (for instance, people suffering chronic diseases, people with disabilities, pregnant or breastfeeding women).

In the intervention area of the project, the conflict brought to the continuous increase of food prices. Currently, the 436,000 refugee households registered in Damascus and the 83,000 ones registered in Qatana spend 21,813 Syrian pounds per month in food items: this amount corresponds to the 66% of their monthly income, which is about 33,000 Syrian pounds.

In order to promote these households' food independence and to reduce the risk of physical and sexual abuses the women are subjected to while they go to the markets (far away from the city centre and from the safe areas), the project envisages distributing agricultural and poultry farming kits and providing the beneficiaries with the training related to this sector. The action is meant to cover the food requirements of 850 families with women as head of household: in all 18,000 people. The kits distribution and the training sessions will be carried out by SARC's volunteers, coordinated by COOPI's staff on the field.

Food and water: our sectors of intervention

"This project represents the first step of our humanitarian response in Syria". says Uberto Pedeferri, Middle East Area Manager. "After a careful evaluation of needs and possibility of action, we are ready to launch our intervention, side by side with important local and international partners. Our purpose is to enlarge our involvement area either on a sector-based level either on a geographical one. We hope that our humanitarian aid will reach as soon as possible other areas in deep need, as for example Aleppo, by operating on food and water provision."