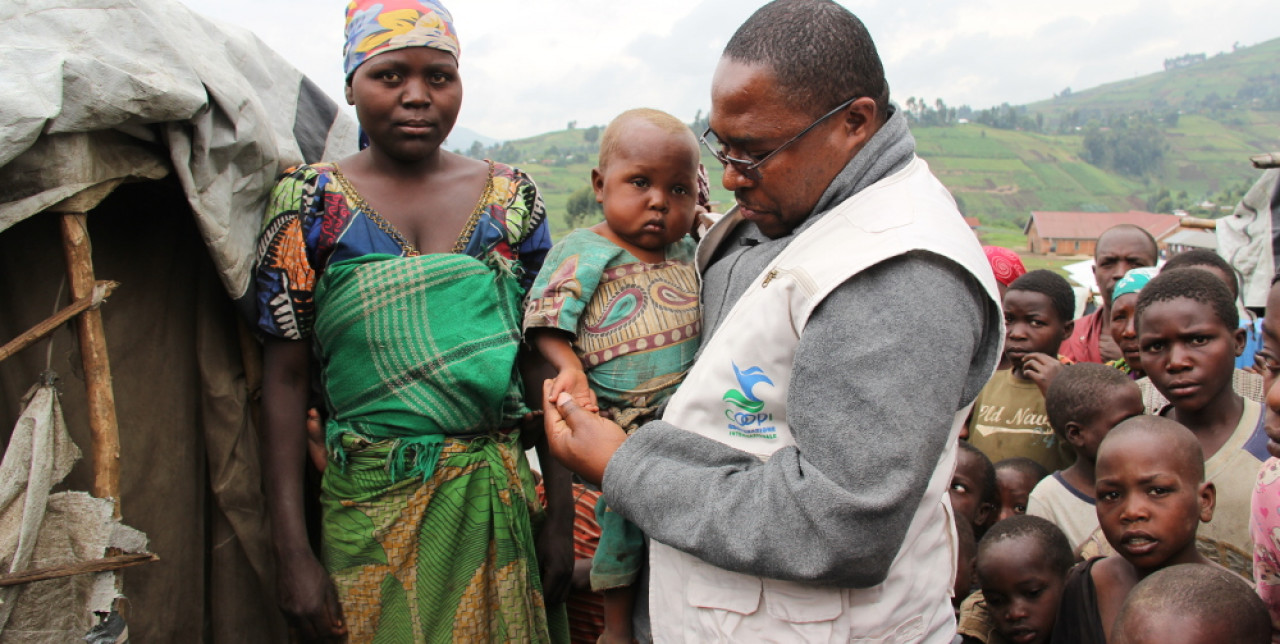 DR Congo: The support to populations in North Kivu continues

From war to hunger is a short step, if there is any. The conflicts that have been striking the province of North Kivu in the Democratic Republic of Congo since 1996 have dragged the population into a condition of precariousness, insecurity, malnutrition and poverty.

Because of its mineral wealth, North Kivu was the scenario of what is known as the First Congo War, from 1996 to 1997, and the Second Congo War or African World War, from 1998 to 2003: a very harsh conflict among pretenders to the power, involving rebel groups and national armies and causing millions of deaths, especially due to the spreading of hunger and illnesses. Since 2004 to date, the population has not yet recovered peace and the Region of North Kivu is prey of different armed groups.

COOPI has been present in North Kivu for 6 years now, supporting the basic healthcare structures and assuring a quality service. Thanks to the European Commission’s financing, from April 2016 to March 2017, COOPI managed to offer free medical treatments to 200 thousand people. Since the need remains enormous, the European Commission’s Directorate-General for Humanitarian Aid renewed the project for healthcare assistance and protection of the more vulnerable populations affected by the conflicts in the province of North Kivu, from April 2017 to January 2018.

This time the aim is to offer free medical treatments to over 400,000 people in the two sanitary districts of Masisi and Kirotche. In particular, the key four results expected are as follows:

As explained by our medical coordinator, Doctor Vincker Lushombo: "The areas in which we work experienced many difficulties and big problems with refugees, who found themselves living in close contact with the local populations that in turn did not have the sufficient means for survival." The financing and implementation of this project addressed to everybody, both locals and refugees - "allowed to tone down, at least in part, the tension between the cohabiting populations."