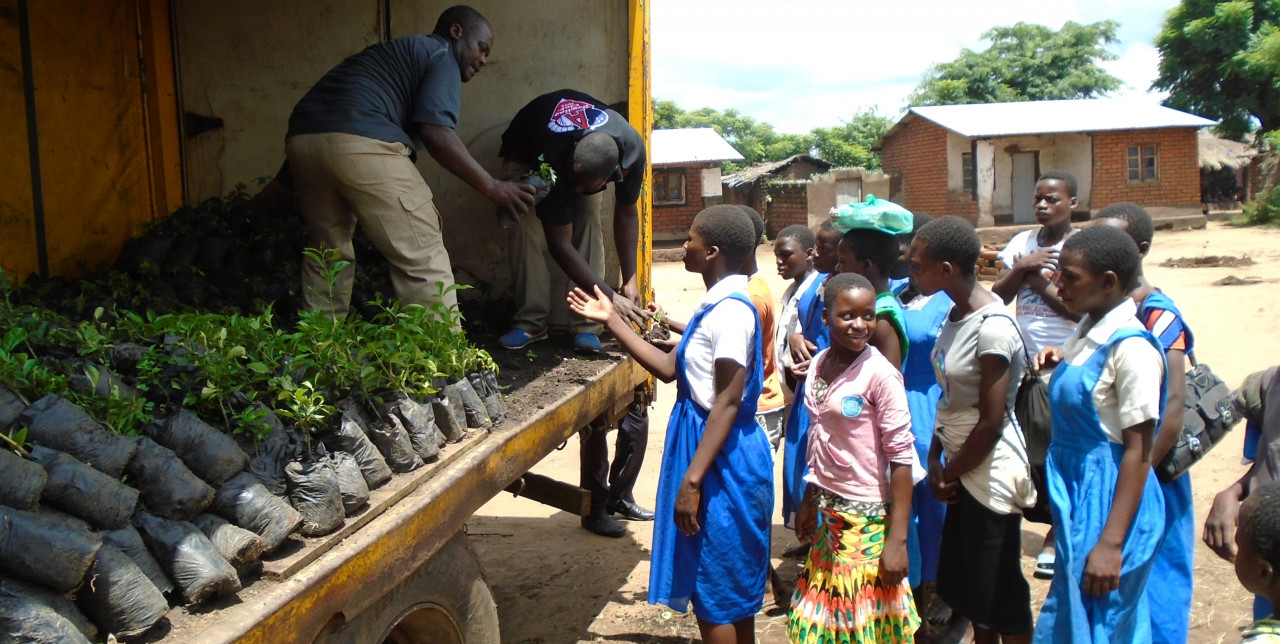 Malawi has a population of more than 16 million inhabitants and an area of 118.000 chq, meaning that its population density is greater than that its neighbouring countries. For this reason Malawi faces a greater decline in its natural resources.

In order to cultivate fields and provide coal and wood for local usage, particularly forests have been cut down extensively. Deforestation has contributed to the erosion of a territory already overworked by agriculture. Moreover, irregular rainfall has worsened the problem, lowering water levels of the Malawi lake, which provides the whole country with hydroelectric energy. This continues to force people to get coal in big towns, where its consumption was previously stated as reduced.

Let us believe in the new generations

COOPI tries to solve this problem with the funding of the Italian Agency for Cooperation and Development (AICS), part of the intervention Building resilience: support to the vulnerable population to reduce the negative effects of El Nino in the districts of Salima and Mangochi, Malawi. Hereby, 24.000 fruit trees in eight schools in the districts of Mangochi and Salima have been distributed.

hy just schools? Because it is important to involve the youngest generations: only they can really change the future of the country.

Why fruit trees? Because they allow us to get two results:

The distribution and the planting of the trees allowed the whole school to be involved; students, teachers, as well as members of the communities around the schools, enabling a better diffusion of its message.