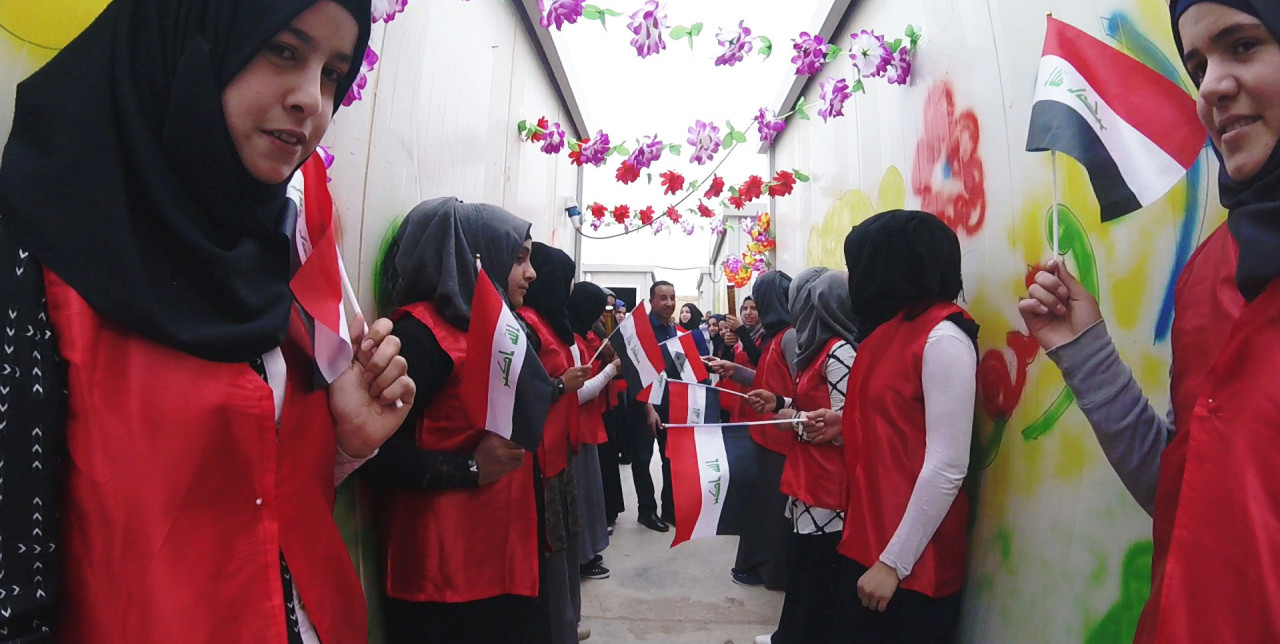 Owing to COOPI’s project in Iraq “Back to school with no barriers,” carried out in collaboration with AFKAR and funded by AICS (the Italian Agency for Development Cooperation), four events were organized and realized in March with the aim to raise community awareness on education.

The facilitators and teachers involved in the project were asked to develop with their students a series of artistic performances having as theme access to education for all, in particular for girls. The 4 schools participating in the project opened their doors to all parents and students, extending the invitation also to the members of the community. The schools were specially decked for the occasion with flowers, banners and decorations. The events involved students from two schools, but were carried out in the same way in all four schools for two consecutive days: arrival of guests and their registration, salute to the flag, a moment for the speeches of the various people invited, and finally the students’ performances, which differed among schools both in form and content depending on the specific needs of each one, as described below. 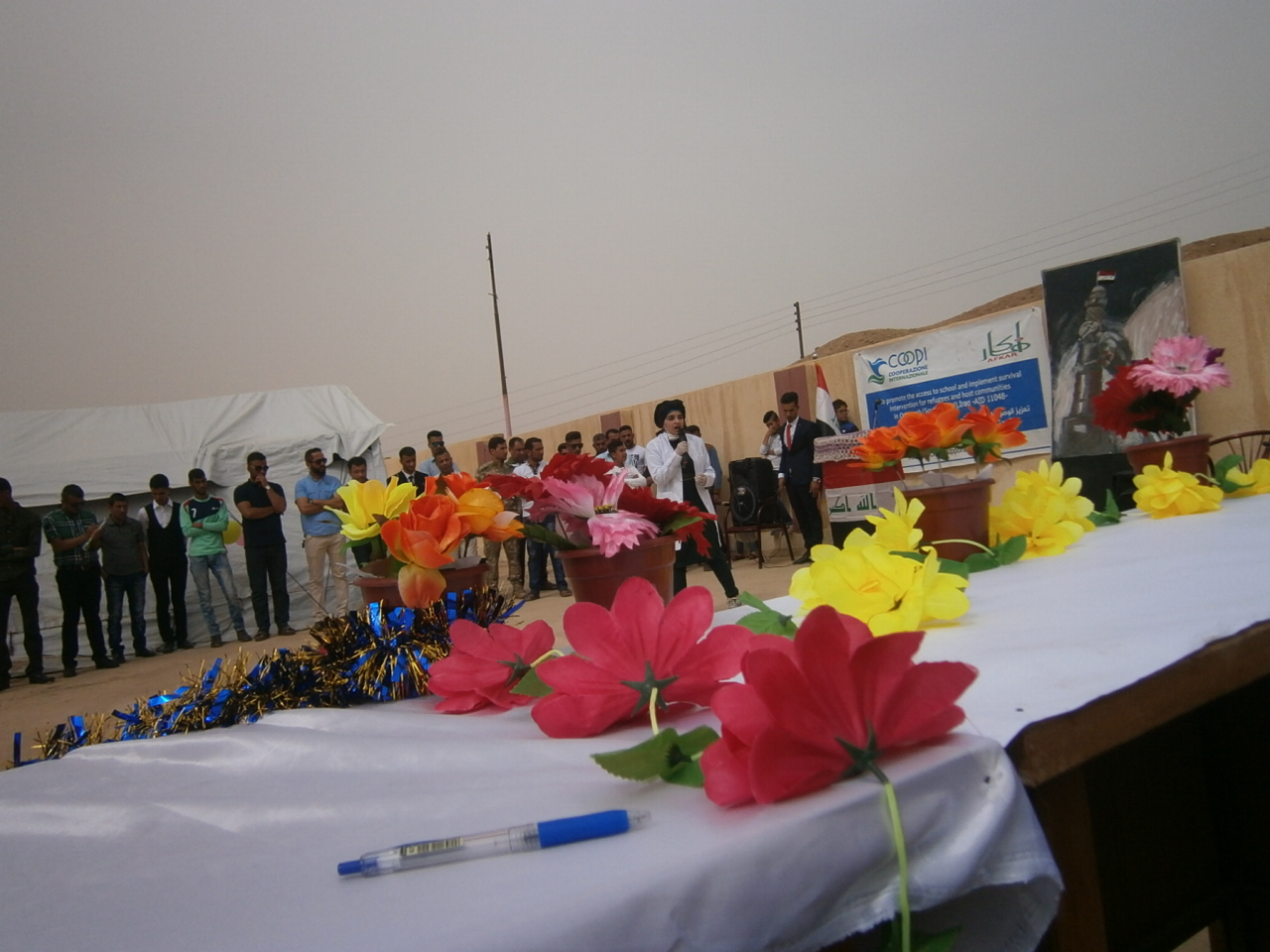 A female student in Lazzagah reciting a poem.

Recitation of Poems written and interpreted by the students

The students, both boys and girls, recited and interpreted various poems connected to the theme of education, in relation especially to their recent war experiences. Through their poems they talked about when the ISIS occupation obliged them to abandon school, reciting with great passion lines devoted to schoolmates and relatives victims of the occupation.

The girls used their poems to work through what they had experienced and their forced removal from school (in particular in Lazzagah and Ihjalla), with the final purpose to state aloud their intelligence and intention to continue on their educational path. The students were able to bring to the participants’ attention the relevance of education as the key to success for their future, thus highlighting how school is what gives them the strength to look forward despite what experienced in the last three years. A recurring narrative tool used was the dichotomy light-darkness, used to symbolize the contrast between knowledge and ignorance. 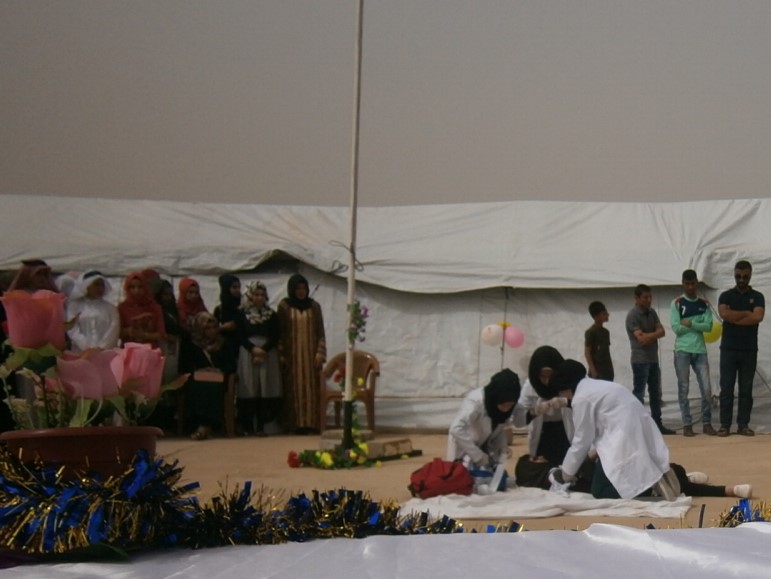 Sketch by girls in Lazzagah: representation of a first-aid intervention.

?In each school, boys and girls illustrated the theme of universal education in different ways.
In Sirit, for example, the students emphasized the relevance of education in order to build a peaceful future. The young actors performed humorous sketches aimed at explaining how education affects everyday life: the girls participated in the performances interpreting conventional roles in the society, ranging from teachers to doctors. At the end, a group of students sketch out little technicians-engineers who were there to give a new light to the school, a metaphorical way to raise awareness in the public on the relevance of the light of knowledge.

In Lazzagah, instead, the girls acted out the theme of child marriage putting on scene the story of a 14-year old girl obliged to marry by her family, a story with a tragic ending. They closed their performance reading an invitation to the community highlighting the relevance of female education.

In Ijhalla, the female students organized a sketch on “academic guidance”: in facing the dilemma whether or not to continue school, an 11-year old girl comes across various opinions, each one interpreted by an actress –student. The girl ends up being confused. Fortunately, she finds the right answer to her dilemmas owing to her teacher’s precious help. 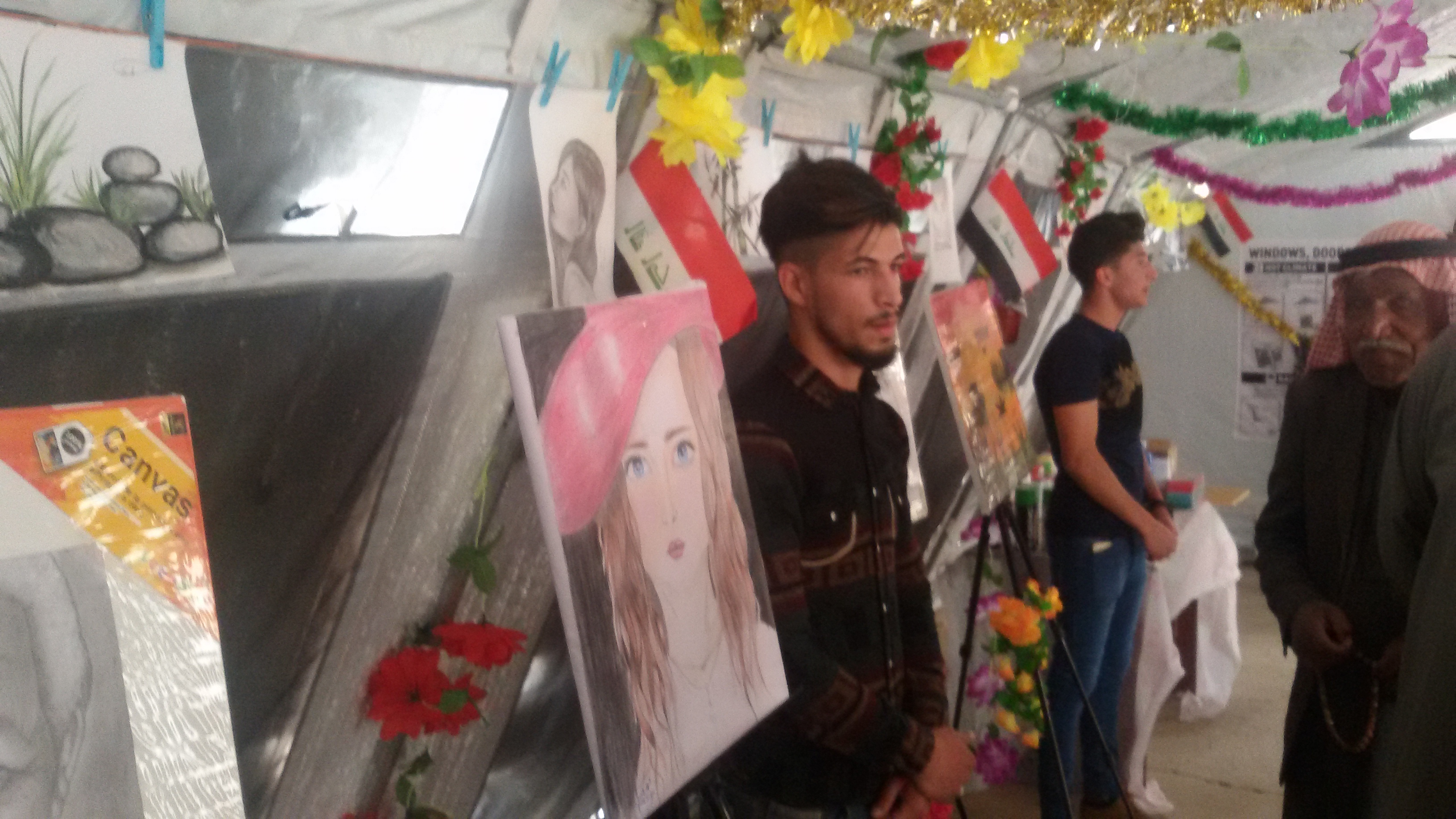 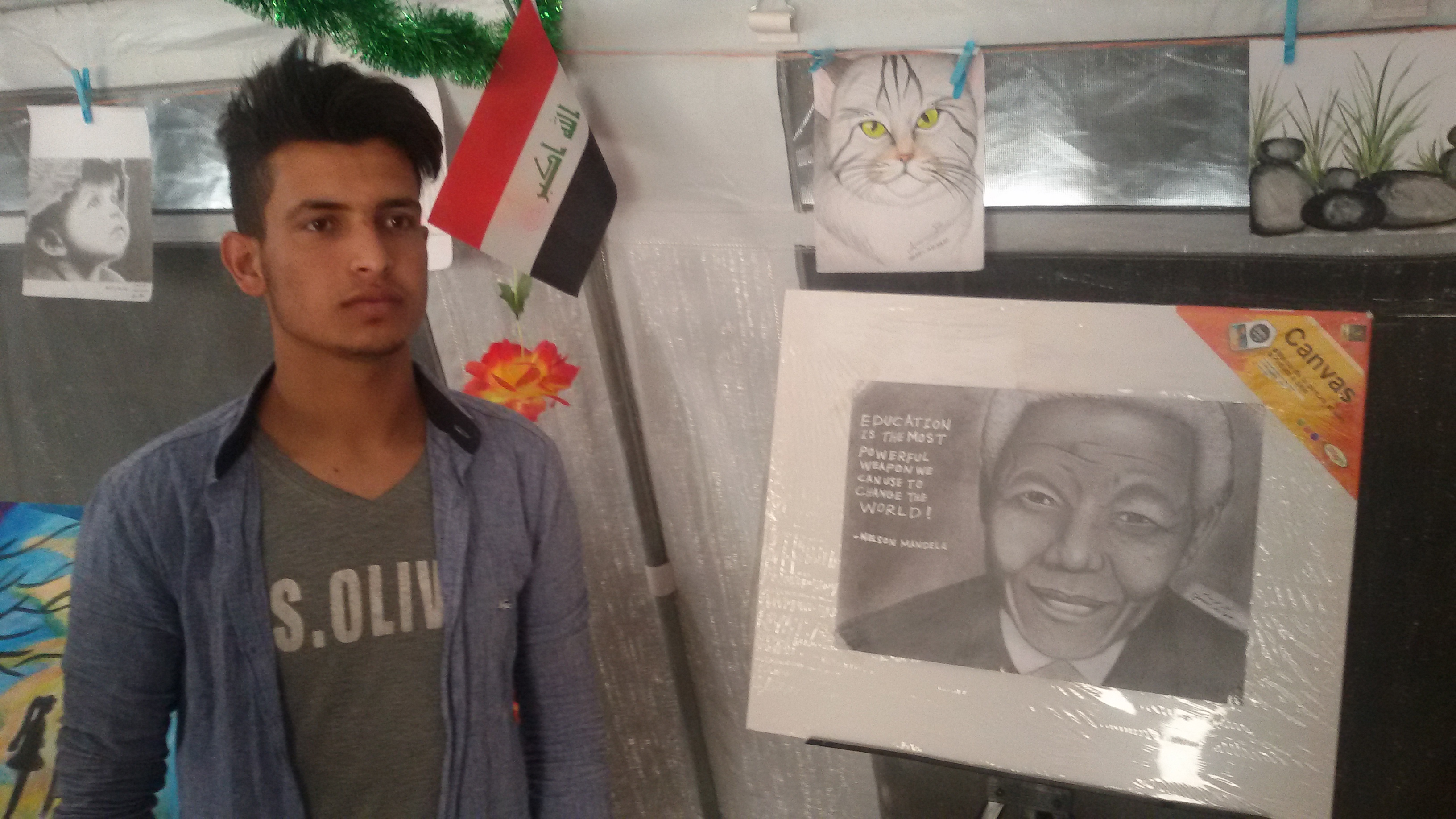 Exhibition of the works made by students in Qayyarah. One of them took inspiration from the COOPI campaign "Help a warrior" and painted a portrait of Nelson Mandela.

Exhibition of the activities carried out during the first school term

The students of the 4 schools wished to show the public what they had realized during the various activities carried out at school. Therefore, besides setting up an exhibition of their works in tents, many students actually performed the activities they had learned from their facilitators showing, for example, how to provide first aid. Lastly, dances were a special part of the students’ performances, especially in Qayyarah and Sirit.

At the end of the performances, all the students involved in the project were awarded with a certificate acknowledging their engagement and passion in becoming spokespersons of education for all. The events were concluded with final greetings.