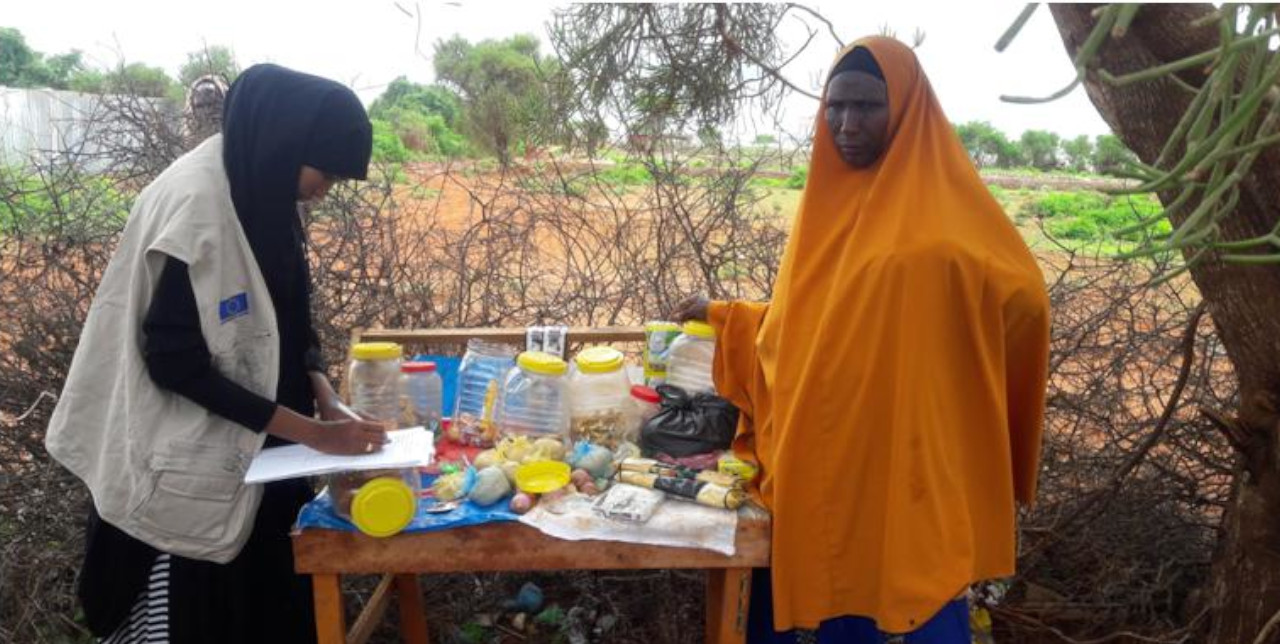 "Before receiving the first cash transfers, I was desperate - after losing my crops due to drought and after falling ill, I didn't know how I could get back up," says Hawa Isgowe, a 70-year-old widow, who lives with her 8 children and 22 grandchildren in the Dahala IDP camp in Baidoa district, in Somalia.

Hawa is among the beneficiaries of the project "Coordinated implementation of Multipurpose Cash Assistance to Support Somali Households affected by Crisis", funded by the European Commission (Department for Civil Protection and Humanitarian Aid Operations - ECHO), to assist about 14,000 people and which focuses on cash transfer activities - about $ 60 per month - using mobile technology.

Mobile money, which also apply to the simplest device available, are directly transferred on the beneficiaries’ phones. Mobile money is widely used and accepted in Somalia, as it offers several advantages:

The project is part of the Somali Cash Consortium programme, of which COOPI is part together with Corcern Worldwide, ACTED, Danish Refugee Council, Impact Initiatives, Norwegian Refugee Council and Save the Children Fund. The consortium aims to enhance the transition from an emergency cash transfer system to a standardized and sustainable "safety net" in Somalia, so as to strengthen the resilience of displaced communities and the host population.

Like other refugees in the IDP camp, Hawa used the money to buy food and other means of subsistence, such as kitchen utensils, blankets and hygiene kits.

"I was determined to get out of poverty; therefore, I used half of the money to buy food for myself and my family, while the other half allowed me to repay the debts accumulated during the first months in the camp. Despite these expenses, I managed to save 10 dollars a month, which I hope I can deposit in savings groups "ayuuto" (ndr ROSCA or Rotating Savings and Credit Association in Somali), for future investments.”

The Baidoa camp hosts many people who were forced to their home villages: in 2017 alone, about 270,000 people had to move to IDP camps due to conflicts, drought, severe food insecurity and, recently, also due to floods.

Thanks to the ECHO-funded multi-purpose cash assistance project, COOPI is strengthening food security and purchasing power of the host population and IDPs affected by the sudden floods that hit central and southern Somalia between October and November 2019.