There is a simple and clever system to preserve fertile land: the half-moon technique. We have been successfully testing it in Niger, in the Dosso region.

Since 2016, we have been running the “Improvement of climate resilience and food security of the rural municipalities of Soucoucoutane and Dogonkiria (PARC-SASD)” project, financed by the European Union, to help people coping with drought, one of the many dramatic consequences of climate change. 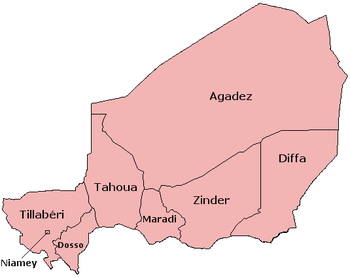 Half-moon basins are dug with pickaxe and shovels to form a half-circle that is about 3 m, where ground and manure are mixed. These basins collect rainwater that would not be absorbed by the ground otherwise, due to the surface runoff caused by reduced water holding capacity of the soil. This method allows the crops to resist.

“This technique is suitable for any type of cultivation”, explains COOPI project leader in Dosso, Giacomo Fassi. "We have built half-moons to plant trees, preferably not young, to prevent them from perishing during the dry season, and herbaceous plants for grazing. Local farmers have also adopted this system, using it to grow millet and sorghum.”

Half-moon basins are an important system to prevent desertification, recover desert lands and preserve crops. However, half-moons must be rebuilt with every new crop, to last in the medium-long run. One person is able to build about 40 half-moon per day.

The system was developed in the mid-1990s to fight against drought in the Sahel, a zone of transition in Africa between the Sahara to the north and the Sudanian Savanna to the south. In those years, an experimental farm of about 100 hectares was built by the Japanese company JGRC, in the village of Magou, south of Niamey. That is when the half-moon basins were introduced.

COOPI has been operating in Niger since 2012. Our projects have always been focused on our expertise in food security, education in emergency and mental health. Now we are also focusing on another crucial sector, the disaster risk reduction.