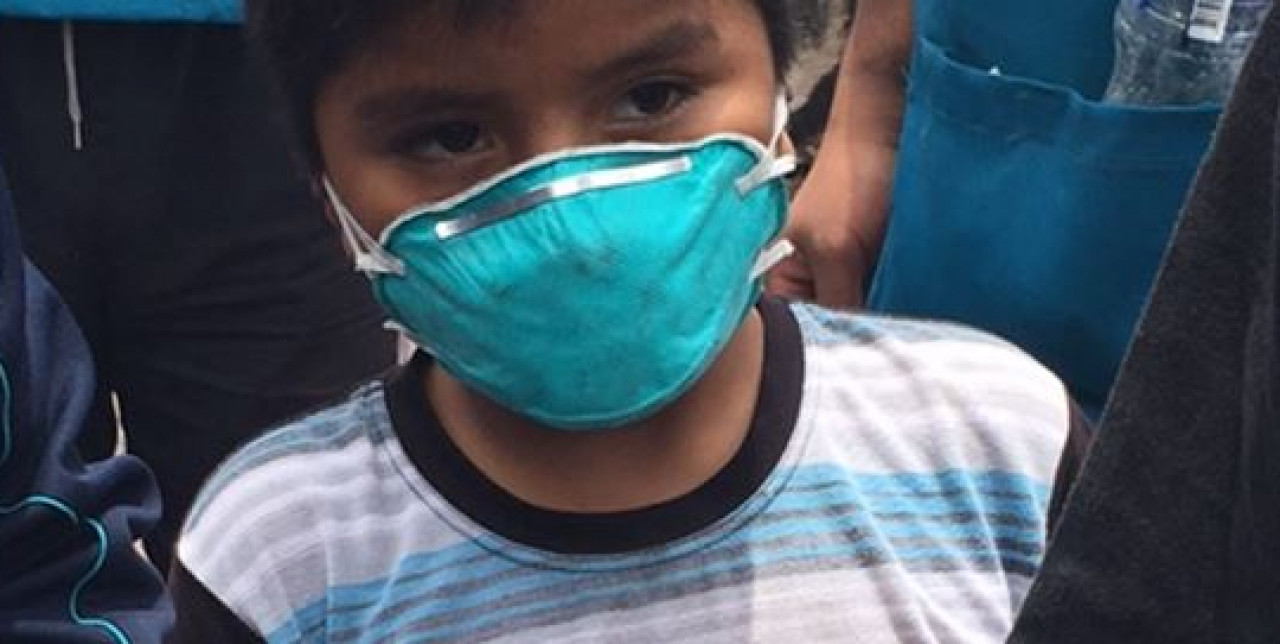 In the night between  november 3 and 4 ,a fire flared up  in the Cantagallo urban settling in Perù. The firemen have managed to put out the flames only about 6 am, leaving only a heap  of cinders and rubble.

Cantagallo is  a native urban settling created in 2001 in order to host  several families  of the Shipibo Konibo community, coming from Ucayali region in the peruvian Amazonia, from where they were evacuated because of  a flood. Altought  the metropolitan city council  of Lima promised  several times a relocation towards  a more  suitable space for human life, the families of Shipibo community  have lived for 15  years  in precarious enivironmental and hygienic  conditions  and in extreme poverty. Today , according to the numbers of  the National Statistic  Institute (INEI),  about 500 people live in Cantagallo, in total  2000 people.

The immediate intervention of COOPI

The Cantagallo settling  is situated  at the border of the jurisdiction of Lima's  Municipality  and  Rimac Municipality, where Coopi  is   carrying out a project "RIMAC DRR: strengthening  the innovation by  partecipative mechanisms to increase  the capacity of development  and of resilience in Rimac"  in association with  CARE PERU' and IRD ( French Institute for the  search and the  development)  and financed by USAID/OFDA.  Thanks to the presence in the territory  and to the local equipe expertise,  COOPI could intervene  even in the emergency phase, in coordination  with local, national and international autorities.

Even since the beginning, thanks to a first speedy valuation of the  damaged zone, the situation appeared dramatic: 90% of the houses were been destroyed by the fire as well as  all their goods. In the first 72 hours of the emergency , the competent local and  national autorities  have distributed humanitary helps (water,food, clothes)  but the population, made up first of all of women, children and old people, continue to have an estreme urgency of goods and basic services.There  is a serious risk for the public health  because of  the toxic smokes  that emanate from the  burned material  compounded by the fact that the community  had  settled  down  in  land before used as a dump. Moreover , some cases of sexual violence and children's  mal treatment have been registred, due to the high vulnerability of the settling and of the affected population.

Cantagallo must be rebuilt in safety

The information produced by our team in the reduction risk and disaster program - collecting dates and working out the cartography of the zone hited by the fire - has been of vital importance for the autorities responsable of the organization of the emergency response.

Exceed the first phase of the emergency, now it is  of vital importance to replane the building of Cantagallo  observing safety's rules ,assuring  better hygienic  and sanitary conditions and the recovery of the means of subsistence for the native  Shipibo- Konibo families, with a vision of long period.