Food self-sufficiency is one of the biggest challenges for Malawi - a country that has to deal with a growing population, limited water and land resources and increase in food prices.

Due to unreliable rainfall and persistent drought, irrigated agriculture is the only possible way to strengthen food security and eradicate extreme poverty. In order to do so, from 2016 to 2019, COOPI has rehabilitated and expanded the Lifuwu rice irrigation system in the Salima district.

The extension of the network from 100 to 182 hectares, funded by the European Union, has allowed 175 cooperatives to draw more easily on water for their crops, thus increasing agricultural productivity. In addition, exports of local products to national markets have increased by 30% and households income raised by 170% compared to 2015, thus reducing the average of men and women earning less than $ 1 / day.

WHERE WE OPERATE FOR THIS PROJECT

The project was funded by: 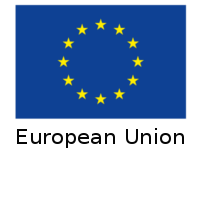