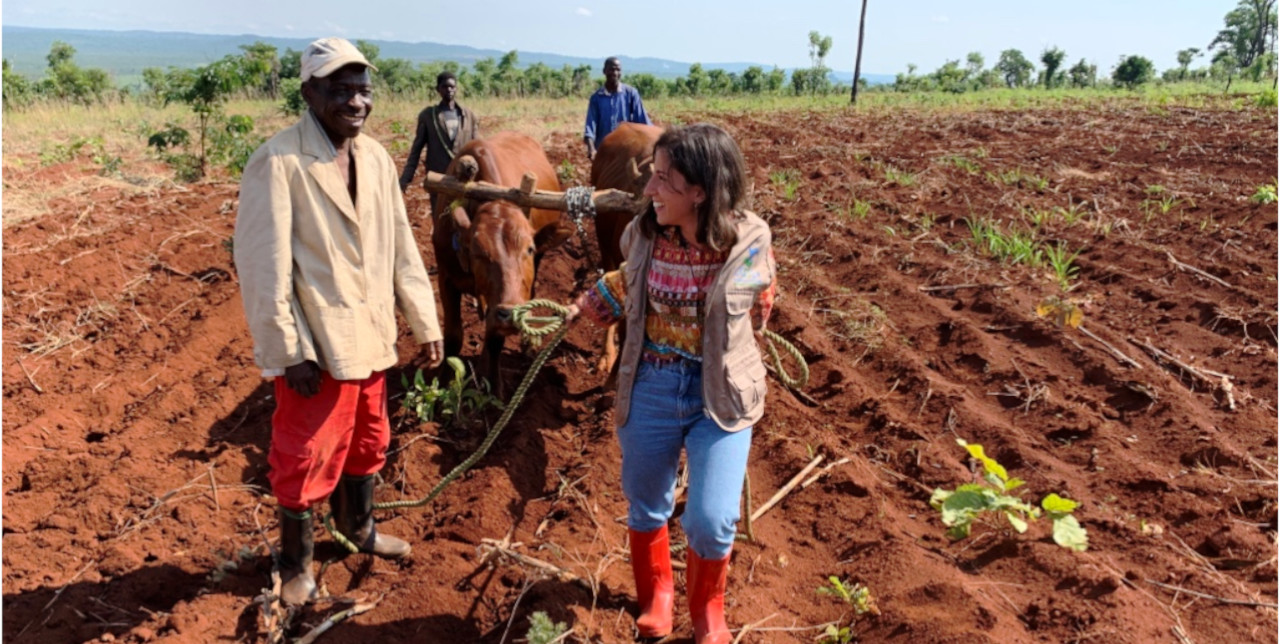 Cattle traction and lakes’ management for local fish farming are two success pilot activities implemented by COOPI in the context of the European Union funded project: “Food security and nutrition for the population living near the Upemba National Park (PNU) in the territories of Mitwaba and Malemba N'Kulu”.

Up to today, 6 local organisations (in Kisanji, Kasungeshi II, Kibula, Muvule, Kansenya and Kasenga villages) received 6 pairs of oxen and they took part to a specific session on training techniques and veterinary products. This gave them the chance to get independent in a short time. Moreover, 5 lakes for 18,000 Nile Tilapia’s farming, all managed by local organisations, were created or rehabilitated. 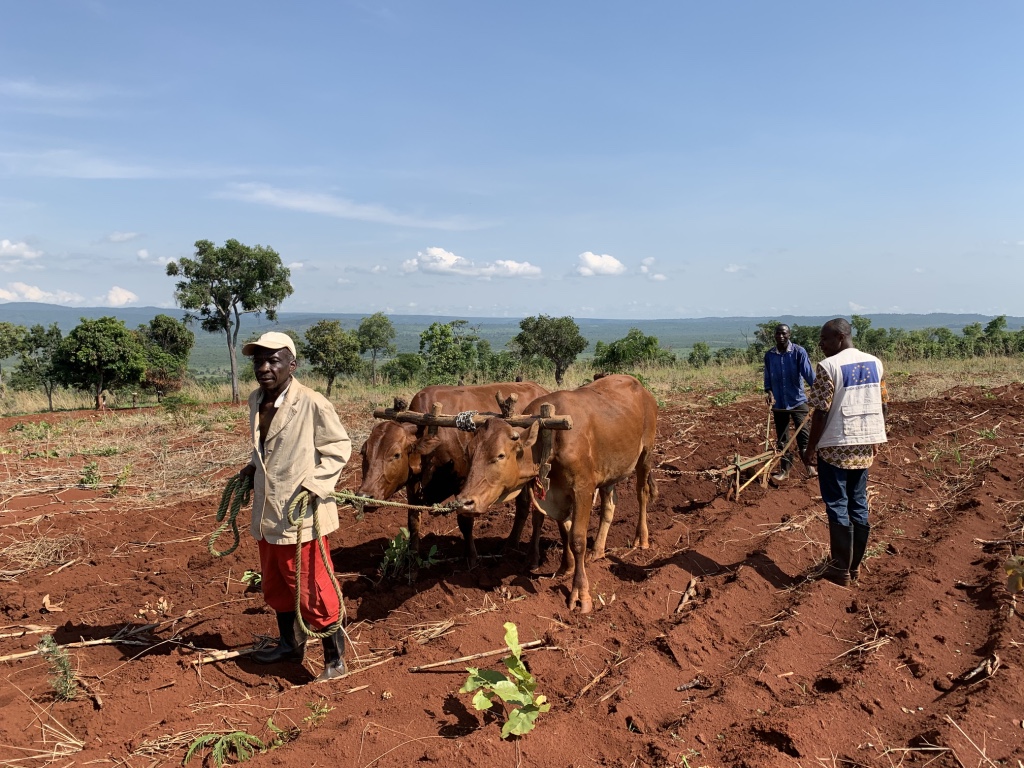 The president of the Local Development Association in Shalaumo, Kasungheshi II village, explained to Giorgia Volpe, COOPI project manager’s assistant, that the distribution of oxen was extremely successful to the villagers since it gave the chance to reduce the human effort in fieldwork and it has allowed a 25% increase in crops. Also, cattle track guaranteed products’ transportation from the field to the sell and consumption areas, facing the poor conditions of local roads and incrementing income-generating activities and beneficiaries’ food security.

Farming lakes allowed families’ food diversification since they increased the availability of fish in the markets. Moreover, it fostered the creation of 25 temporary jobs, and it discouraged the pressure on the natural resources of Upemba National Park, reinforcing its protection and its sustainable development. 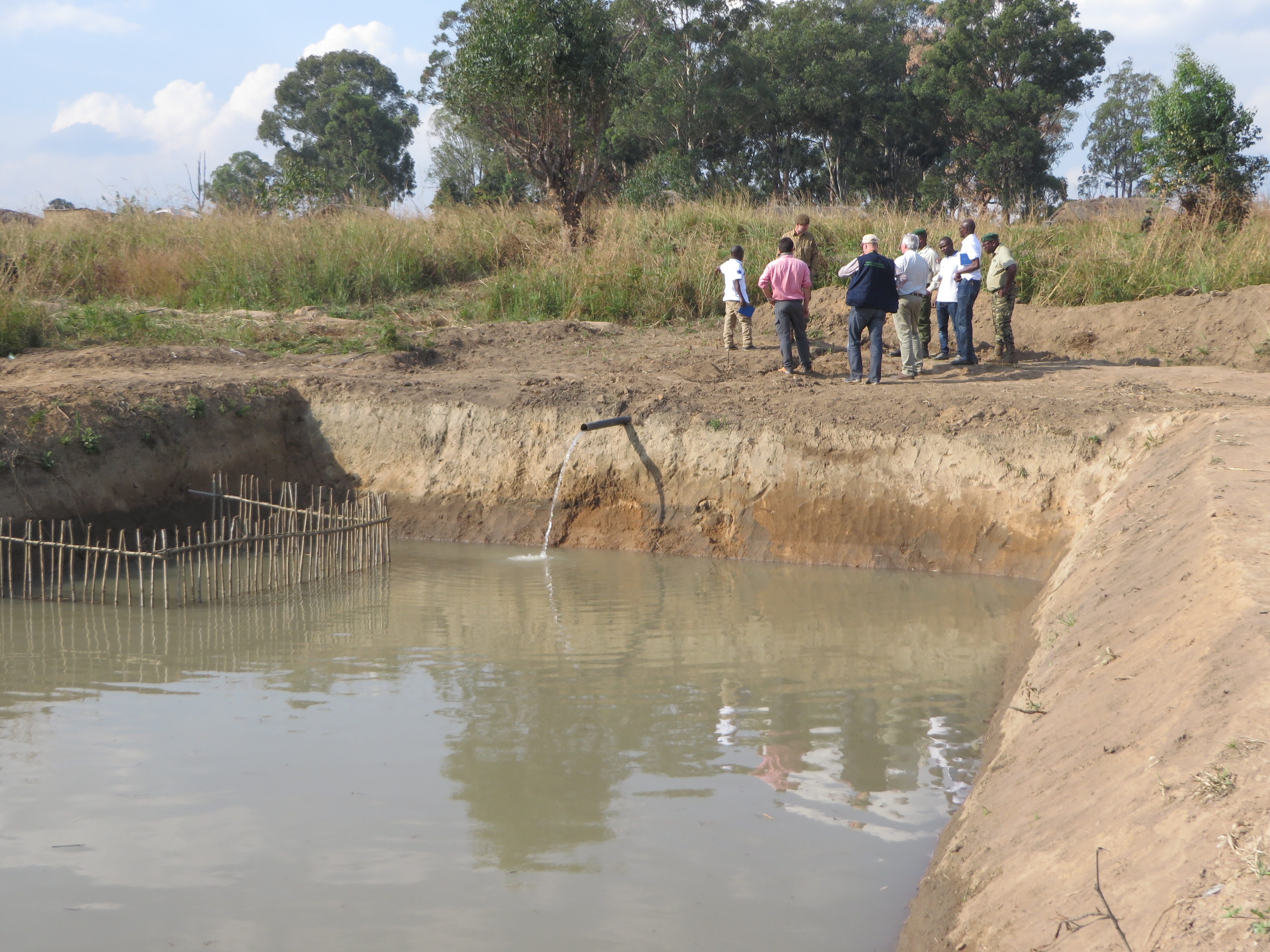 Since 2017, COOPI aims to reinforce food security for 90,000 inhabitants from 20 villages in Upemba area (RDC). The project is willing to improve rural communities’ abilities in adapting and answering to food shocks caused by the lack of infrastructures, long interethnic conflicts and climate change. Mitwaba and Malemba N’Kulu areas are today, among the most vulnerable in the whole country. Here, the level of food insecurity registered is at level 3+, one of the highest in the country. This makes the areas highly isolated. COOPI’s intervention wants to answer to this emergency reinforcing food security for 95% of the beneficiaries, increasing livelihoods and implementing awareness on the safeguard of protected wildernesses

We would like to thank Giorgia Volpe, COOPI project manager’s assistant.