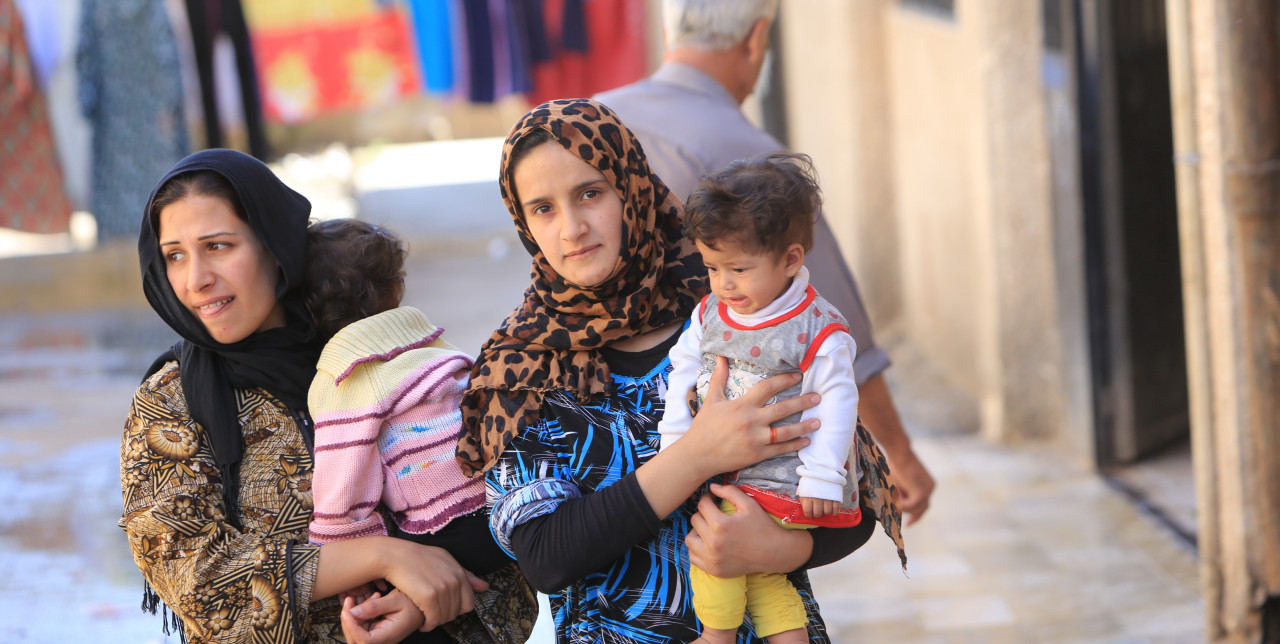 In Syria, we are distributing seeds to about 650 families living in Qatana, in Rural Damascus, within the project Food support in response to the Syrian Crisis in Damascus's metropolitan area, supoprted by Italian Agency for Development Cooperation (AICS). Our aim is to bring hope to a land that, before the war triggered, was one of the most fertile in Syria.

Here, during winter time, they used to produce high-yielding wheat, beans, anice and to a lesser extent, even spinach, lettuce, carrots and radishes. In summer, they used to cultivate not only a great variety of fruit (such as grapes, apples, apricots, and cherries), but also potato, tomato, cucumber, and squash. The farming production was so high that they could export the surplus to the villages near Qatana and to the capital Damascus.

Unfortunately, after six years of conflict, nothing remains of that bucolic landscape. The war has left thousands of victims and has brought the entire country's economy to its knees. The lands, when they were not transformed in battlefields, became arid as they were left fallow for a very long time. Moreover, during the Wadi Barada offensive that took place between December 2016 and January 2017, Syrian forces controlled the water supply and deprived Qatana, and all the area around it up to Damascus, of the water resources necessary to survive.

Nowadays, Qatana area is overcrowded by thousands of internally displaced persons, coming from different parts of Syria, and mainly from West Ghouta, which until 2016 was struggling with Syrian forces and non armed groups.

Kinana Amran and Hassan Haddad are two agronomists and members of COOPI staff in Syria. They recently visited Qatana community and they found there is a high percentage of people with disabilities caused by violence during the war and that many women are substituting their husbands as heads of the family. In particular, Kinana and Hassan interviewed two beneficiaries, Wafa Shehadeh and Mouhamad Hamad Al-Hamad. Wafa is a woman head of the family, who takes care of her children, her disabled husband, her sister-in-law, and her stepmother.

On the other side, Mouhamad is father of seven children. Both of them spoke of a flourishing past, the difficulties that occurred with the war, and about a present all to be built. Now, the biggest challenge would be going back and farming the land, since they don't have anything more than the love of their own surviving family members.