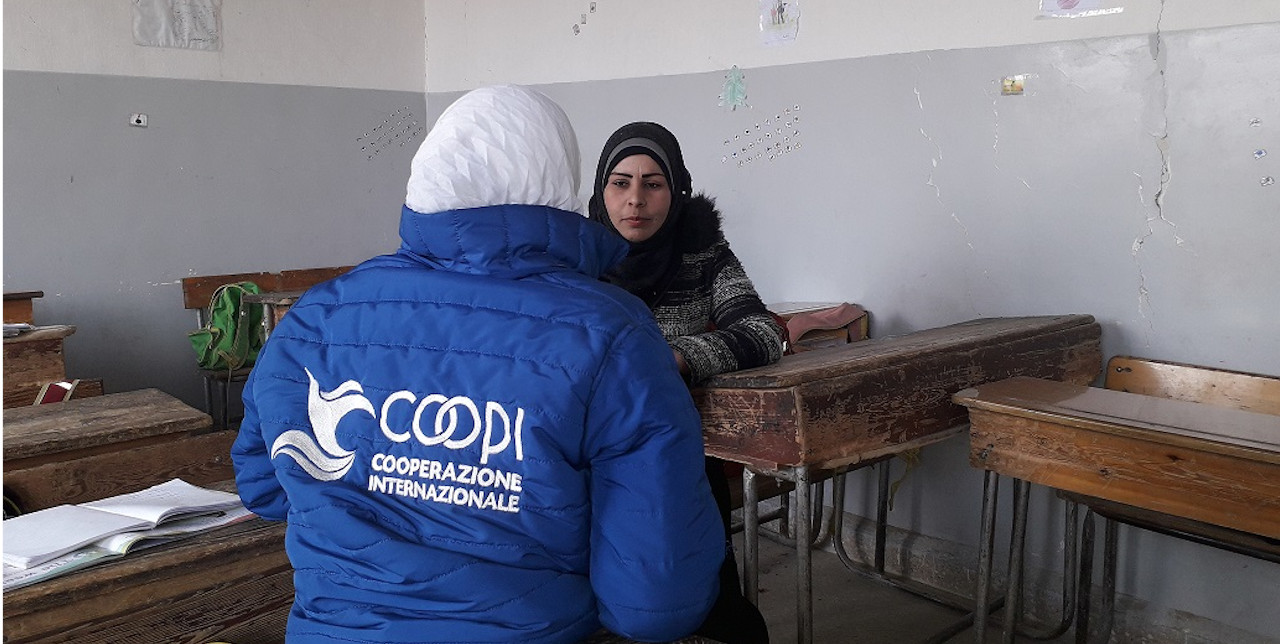 Sarab is a single mother living in Nole village in Eastern Ghouta, Rural Damascus. One day, while she was walking to the train station she lost her leg due to the explosion of remnants of war. This accident changed her life drastically, since after a long period in the hospital she stayed at home quitting her job as a teacher in the local elementary school.

She explains: “When I went home from the hospital, I was overwhelmed, I thought that I would not be able to take care about my only son ever again and I would never have a normal life again”.

Sarab heard about COOPI from other villagers. She decided to participate in one of the awareness sessions about unexploded bombs and mines (UXO) to be better informed, to understand what caused her so much pain and to learn how to prevent it from happening again. Moreover, she decided to attend sessions about school dropout’s prevention. After a conversation with a COOPI Social worker, she affirmed that thanks to these activities she started feeling hope once again. Sarab realised that even though, she lost her leg, she was still alive.

“I felt happiness after a long time”.

She decided to go back to work and raise awareness about UXO among students. COOPI has been visiting her during the last months and has witnessed her improvements.

Since September 2018, COOPI is assisting the most conflict affected population of Nashabye, thanks to the project “Emergency assistance and resilience building for the conflict affected population of Nashabye, Eastern Ghouta”, funded by the European Commission (ECHO, Department for Humanitarian Aid and Civil Protection). COOPI has evaluated the needs and identified the most severe and complex cases for the protection of children, women, and disabled individuals. It has focused on a community-based protection, awareness-raising sessions on remnants of war, assisting people to access their rights and organizing activities for children.

COOPI has provided warm meals, seeds and chickens to face the emergency situation that people was living. As an example, it has provided Sarab with vegetable seeds to help her produce food in her garden, to reduce costs and to be more food independent.

Finally, from June 2019, COOPI Mobile unit has been assisting the people of Nashabye with psychological support, helping those who have suffered traumas because of the 5 years-long siege of the area. Thanks to these activities COOPI has reached over 3.500 people helping them to improve their mental health.