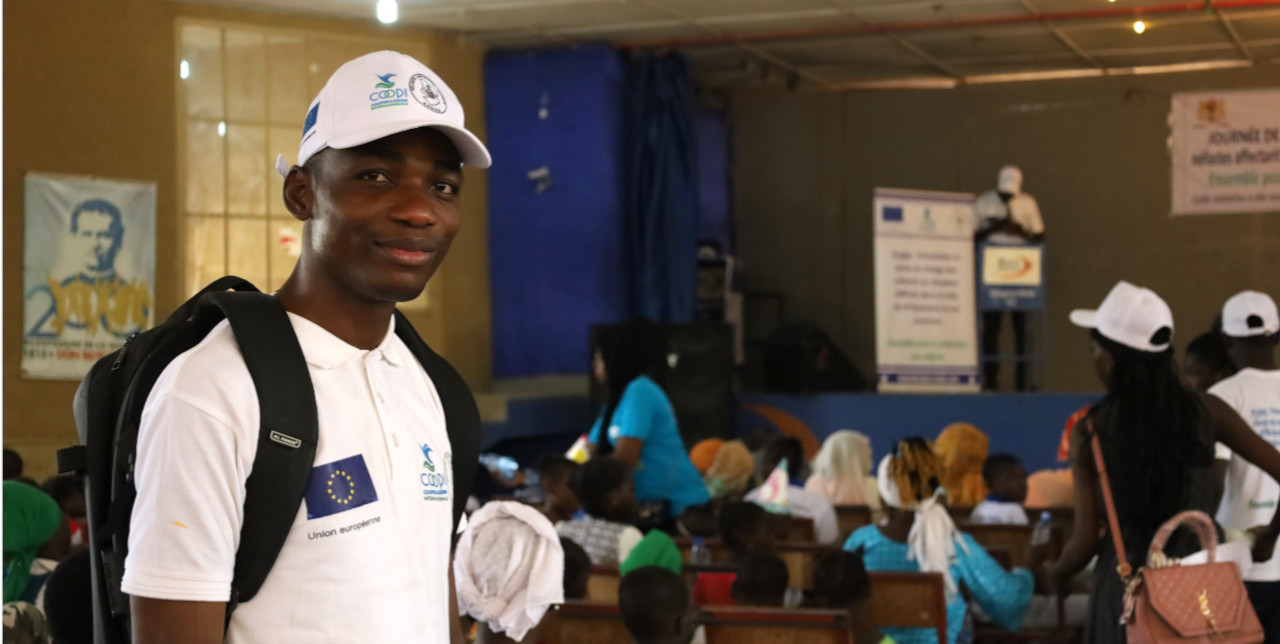 On 16 June, COOPI - Cooperazione Internazionale in Chad celebrated the 32nd Day of the African Child, as part of the EU-funded project 'Prevention and Care of Children in Vulnerable Situations in and around N'Djamena'. The theme chosen for the day was 'Elimination of harmful practices affecting children: progress in policies and practices since 2013'.

Although Chad has laws in place to combat harmful practices, further measures are needed. The prevalence rate of child marriage in Chad is 68% and more than half of women and girls are married by the age of 18. More than half of the children are engaged in child labour and the female genital mutilation rate is estimated at 44%. 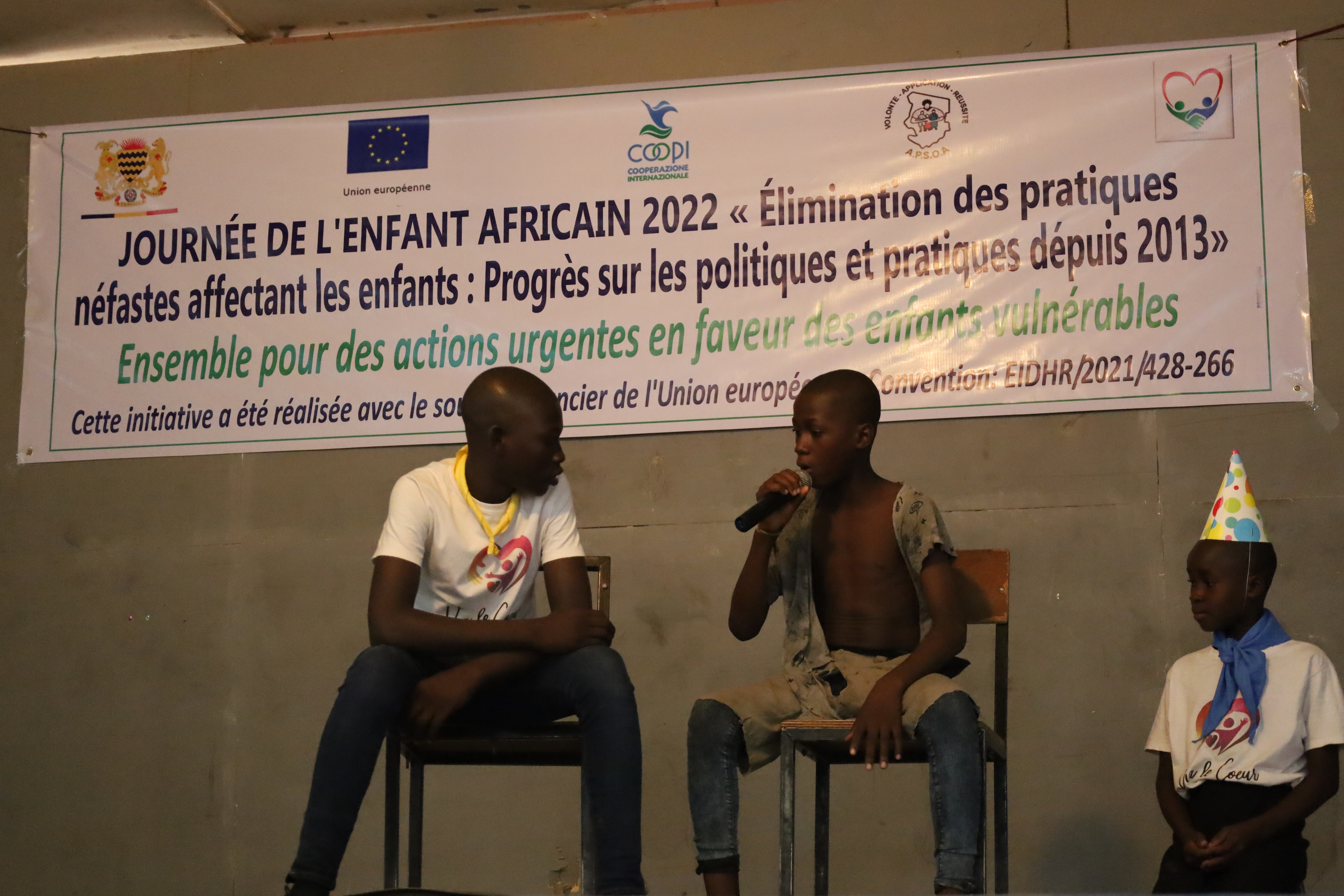 The African Child's Day was not only organised to celebrate children, but also to send the message that international and national civil society organisations such as COOPI and the associations that are part of the UAPET (Union of Associations for the Protection of Children in Chad) platform, including APSOA which is a local partner in the project, are united to continue the fight against practices that are harmful to children. Since 2013, COOPI, together with its partners and the European Union in Chad, has been fighting against these persistent behaviours that are based on sex, gender, age and other criteria, as well as multiple forms of discrimination that often lead to violence and cause physical and psychological harm or suffering to children. 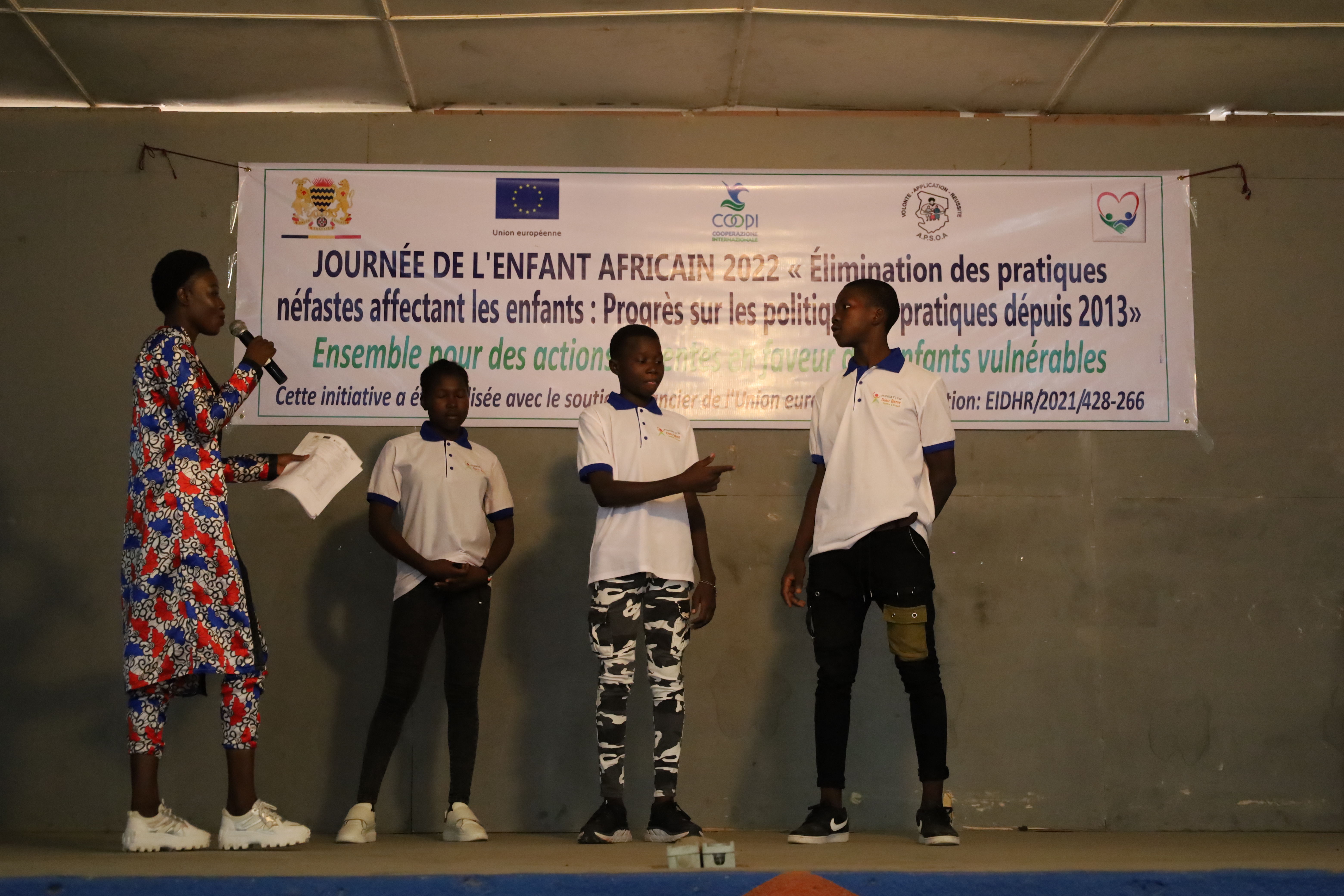 The main objective of the day was twofold. On the one hand, children were celebrated by giving them the opportunity to be protagonists through performances of dance, theatre, song, poetry and comedy. Animators from the various centres prepared artistic performances with the children on key messages around the theme of child protection and children's rights, to raise awareness and mobilise the community by placing themselves at the centre of the process of change. During the ceremony, a jury formed by the present authorities selected two key messages that will be broadcast on a local radio station in the coming months.

On the other hand, the ceremony was a moment for local associations to make the local authorities think about the still frequent harmful practices affecting children in Chad. In the presence of the media, UAPET was able to confirm its crucial role as a civil society actor in child protection in Chad and to call on the government to take immediate action in defence of children, achieving one of the project's main results: to strengthen the knowledge and institutional lobbying capacities of national civil society organisations. 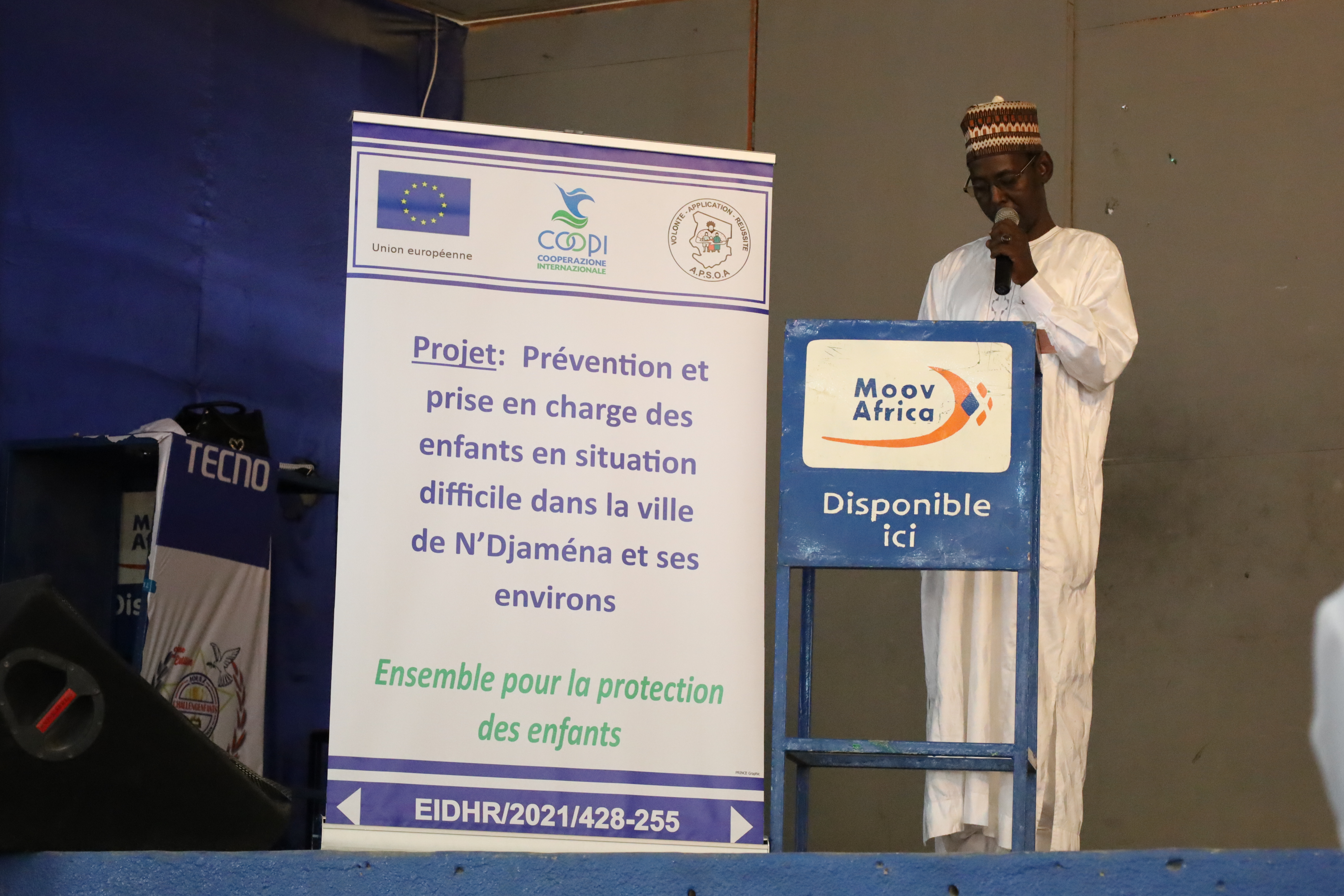 Our Union continues to play an important role at the national level in the development of policies and laws that require the protection of children's rights. We continue to work in collaboration with government, partners, NGOs and local associations to ensure effective justice for children and to make our valuable contribution at the regional and global level through various advocacy engagements.

The project started on 15 December 2021, runs for 24 months and is funded by the European Union. The intervention logic is based on the idea that local associations are the actors of change on the ground, strengthening the capacities of local associations in two main areas: taking care of minors and their psychosocial, socio-economic and educational reintegration, and strengthening the capacities of local actors in knowledge, institutional lobbying and preventing violations of children's rights. Through lobbying, awareness-raising and training activities, national and international legislation will be better known and enforced in the project areas. In this way, the project aims to promote respect for children's rights in Chad through local associations that are already committed to children's rights.

COOPI urges today, as every day, to fight against all forms of child abuse.