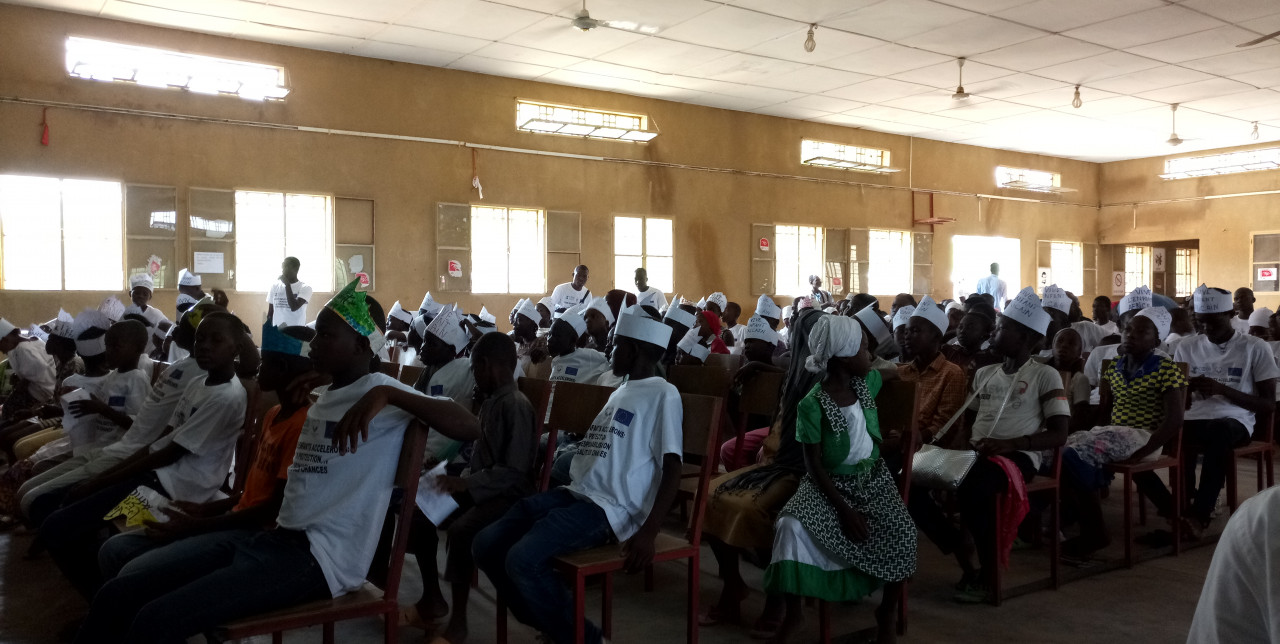 Chad: the International Day of the African Child proves a resounding success

Over 1,000 children and 95 guests participated in celebrations marking the International Day of the African Child, which took place on 16th June in the Don Bosco centre in N’Djamena (Chad) and was organised by COOPI in partnership with UNICEF and the Child Protection Committee. The aim of the event was to reflect on childhood and support not only the recognition of a number of rights, but also the care of vulnerable children and the promotion of associated protection measures in Chad. This year’s theme was "We won’t leave a single child behind as Africa develops”, which perfectly matches the aims and actions pursued in the country’s capital city for over a year by COOPI’s "Child protection and the promotion of children’s rights and the reduction of gender-based violence in Chad” project, funded by the European Union.

The day began with the arrival of all the children being treated in UAPET’s centres (the Union des Associations de la Protection de l’Enfant) as well as other children, accompanied by their parents, who participated enthusiastically in the various activities. The key moment in the day’s programme was a conference involving various authorities and political leaders, including:

These authorities had the opportunity to discuss issues regarding childhood, such as the measures needed to protect vulnerable children, recognition of some of their rights in Chad and, in particular, the special status of orphanages and shelters for vulnerable children. UAPET President also took the opportunity to illustrate the state of the children he met during his visit to the prison of Amsinéné, listing a series of recommendations addressed to the authorities, heard by their representatives attending the ceremony.

The celebrations also included a recital performed by the children from the various different centres. Each centre sent at least 20 children who, together, presented drawings, dances, poems and performances. In the afternoon, a football game played by the event’s young participants brought the festivities to a close.

The International Day’s resounding success was a great result for the organisers, who hope that the collective discussion of these issues may lead to improvements in child protection in the near future.