Hurricanes Matthew (2016) and Irma (2017) have made Haiti and its inhabitants the perfect example and victim of climate change. Despite the incredible energy emanating from the country, the situation is still critical.

COOPI has been active in the country since the very after-earthquake by supporting displaced people during the emergency and preventing cholera epidemic from spreading.

To face the calamities hitting Haiti - such as cyclons, floods, earthquakes and drought - we are supporting local authorities with projects on preparedness and readiness to disasters, aimed at improving both their capability to react and the spreading of prevention culture.

A sharp focus on new technologies is a staple feature of the projects set in Haiti (and in other places as well), e.g. interactive cartographic systems, alongside the will to increase awareness about environmental sustainability.

COOPI is also operating in the North West of the country, in the municipalities of Baie-de-Henne and Bombardopolis, to reduce the vulnerability and food insecurity of the local population, caused by its great exposition to the risk of drought. COOPI contributes to assist vulnerable communities in Port-au-Prince to deal with the new hurricane season, in collaboration with the Haitian Civil Protection.

THE SITUATION IN Haiti Although many development aid projects have already been launched, the municipalities of Cité Soleil, Croix des Bouquets and the community of Canaan,... 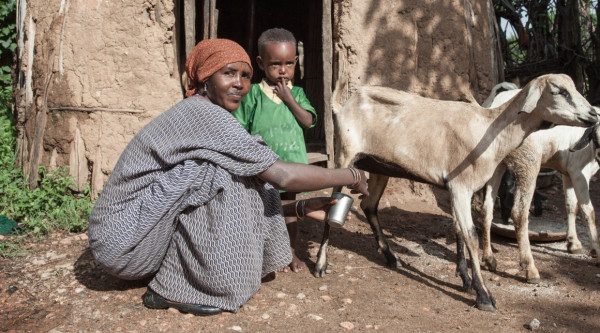 An open letter to States and their Leaders from the civil society organisations working with and for the 270 million people facing hunger, starvation or famine... 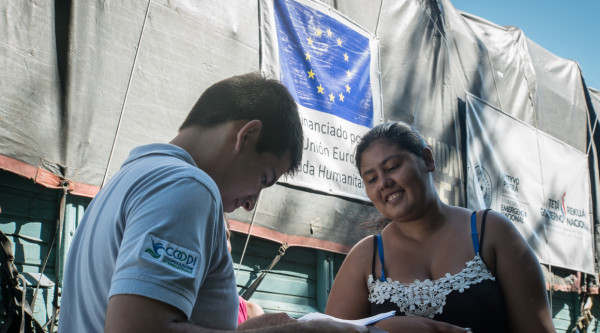 ECHO renews its partnership with COOPI

As of 1 January 2021, a new partnership contract between the European Union's Department for Civil Protection and Humanitarian Aid Operations (ECHO) and... Since 2014, communities in northwest Haiti, including the municipalities of Bombardopolis and Baie de Henne, have lost livelihoods and crops as a result of... To address food insecurity in the Haitian departments of North-West and Haute Artibonite, COOPI strengthens the resilience of vulnerable communities by... Due to its geographical location and geological features, Haiti is highly exposed to natural disasters. 2014 and 2015 were marked by a long period of drought... COOPI's project "Open data and web mapping platform to reduce disaster risk in Haiti" was among the top ten in the 2017 Risk Award. The Risk... Once again in Haiti unity is strength. Afterwards Hurricane Matthew's transit in the country, population in Haiti needs urgent aid and COOPI worked... Thiotte goes into action for the International Women's Day

Mwen se yon fanm kap chèche egalite!  I am a woman looking for equality! Following the acute drought that hit the South-East... Nicolas Bernon, expert of the week at Prevention web

COOPI Haiti's geologist engineer is sharing his expertise this week in mapping resources and vulnerabilities for crisis and preventive management.... Is it possible to raise awareness of the population on correct waste management through theatre? Why not! In the frame of the disaster risk reduction... COOPI launches a new hashtag and trains partners on social media. January 5, 2016, Tabarre (Haiti) - In the frame of the Disaster Risk Reduction (DRR)... HAITI: an interview with AGERCA

Interview with COOPI's innovative DRR partners in Haiti in occasion of the 6th anniversary of the earthquake. On January 12, 2010 at 4:53 pm, a...