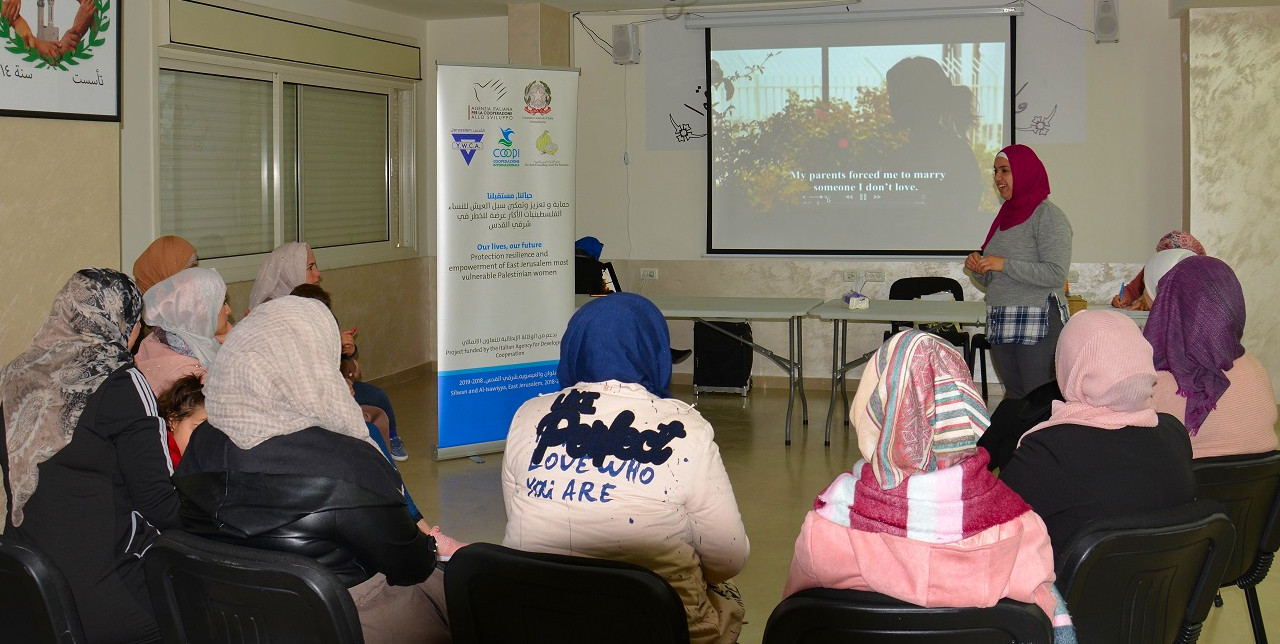 COOPI and its partners Young Women Christian Association (YWCA) and Arab Counselling Center for Education (ACCE) organized open days in Silwan and Issawye to introduce the women of the two communities in East Jerusalem to the project "Our lives, our future. Protection, resilience and empowerment of vulnerable Palestinian women in East Jerusalem" funded by AICS (the Italian Agency for Development Cooperation).

During the open days, a safe space was created for women to relax, express their thoughts and feelings and speak openly about the various forms of violence and abuse to which they are or may have been exposed, while being supported by an expert in gender-based violence issues.

The Community Based Organisation (CBO) premises were divided into two areas: in the first area, ACCE's experts projected a video showing the direct testimonies of women victims of abuse and underlined the importance of denouncing violence and asking for help.

A debate was then launched to discuss the various forms of violence that women encounter in the neighbourhood: political, domestic, social, psychological and physical violence. This debate allowed to identify the main forms of abuse/violence that the participants were exposed to. The main goal? Let them become aware of the physical and emotional trauma they had experienced. At the end of the meeting, ACCE's experts introduced the possibility to participate in group meetings to discuss gender-based issues or to book private psychological counselling.

In the second area, YWCA session started with the direct testimony of a young graduate from the institute; then, videos were shown to explain the opportunities of technical and professional training in East Jerusalem. To this end, a practical demonstration was carried out by a beauty salon in East Jerusalem and courses in hair-styling and make-up will be organised, where the participants could understand the theoretical and practical skills they might benefit from. This space dedicated to technical and professional practices aims to promote training courses, to reduce the social and economic exclusion of the women of Silwan and Issawye. 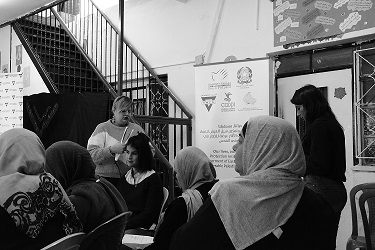 Hair-styling courses held at the "One Hand for Issawye" organisation

The open days were an opportunity to get in touch with the beneficiaries of the project, who were introduced to the benefits of psychosocial support to fight violence against women and professional training by attending courses of hair-styling and make-up.

The beneficiaries are selected by COOPI, YWCA and ACCE on the basis of the main vulnerability criteria that characterise the two neighbourhoods. These are women who experience one or more of the following problems on a daily basis: social exclusion; exposure to gender or political violence; danger of imminent displacement due to housing demolition policies and evictions; physical/psychic disability; unemployment or underemployment; poverty; dependent family.