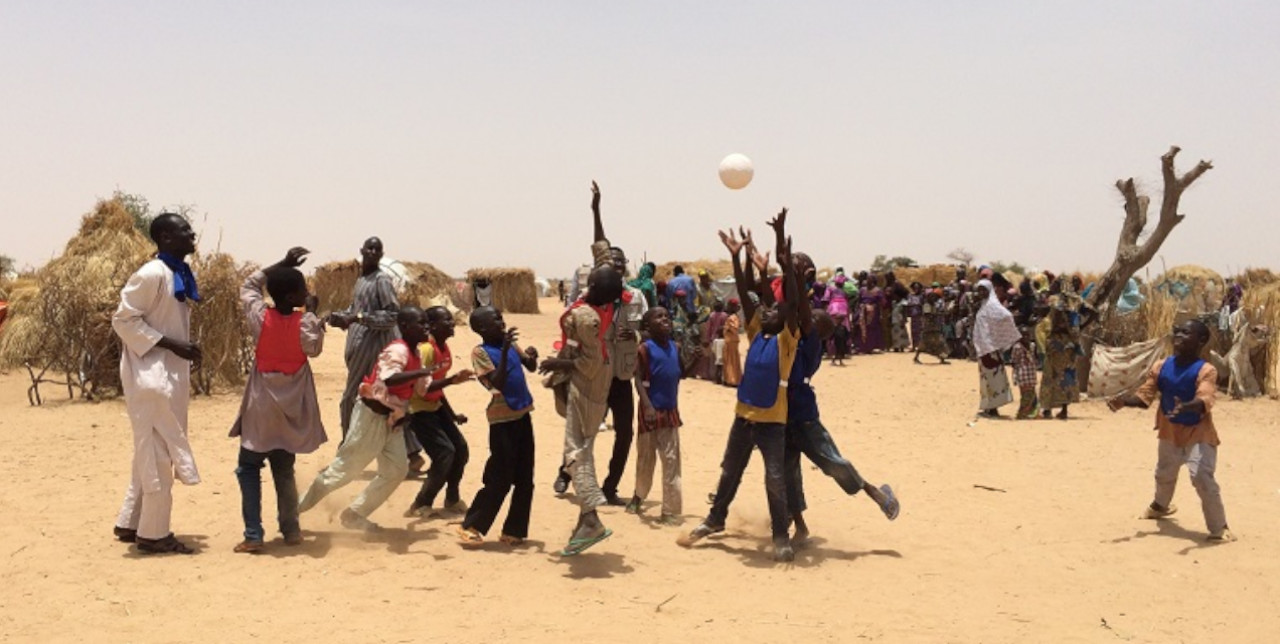 For 57,000 school-age children repatriated from Angola going back to normality is not easy – returning to school is difficult, not knowing French and having to deal with a different learning system. But reintegration into the community is even more challenging.

Other than distributing school kits and organising remedial courses for returnees and vulnerable children, the project also established 10 school clubs - safe places where students gather during school break and where they participate in recreational activities.

Playing has an extraordinary effect on social cohesion and peaceful coexistence - by playing and participating in group sessions, boys and girls learn to overcome frustrations and socialize more easily, they stimulate their creativity and learn to respect others.

60 teachers and 10 principals have also benefited these clubs - here they can monitor boys and girls, thus preventing possible violations of their rights, such as forced recruitment, labour or marriage, during school break. This growing sensitivity from their part has been strengthened after attending courses on psychosociology and education for peace organised by COOPI staff.

Eddy Yemba, COOPI Project Leader in Kananga, explains, "By integrating education and psychosocial support into school curricula, we have created safe spaces, where students are free to express themselves and process their experiences - boys and girls have learned to deal with their emotions positively, making them more aware of their rights and eager to take the future into their own hands.”

The project will end at the end of December 2019; however, since further 14,615 people are expected to be repatriated from Angola, COOPI wishes to extend its support to school facilities and teachers in the Kananga province.

Since 2016, this area has been affected by armed and inter-community conflicts, which have led to a serious humanitarian crisis and the flight of the population to neighbouring regions or countries, such as Angola. Following the repatriation of some 400,000 Congolese, of whom 57,000 are school-age children, it is essential to assist boys and girls to ensure they receive a safe and quality education.