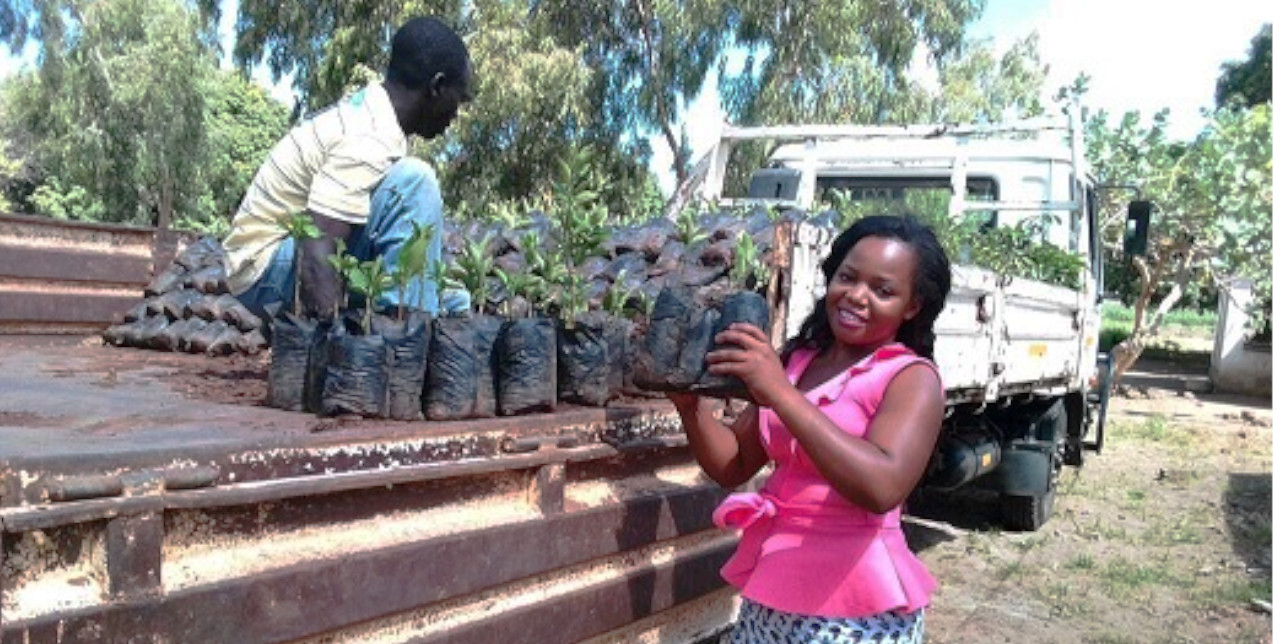 Environmental conservation is one of the main activities carried out during the "Rehabilitation and expansion of medium scale rice irrigation scheme in Salima District and improvement of farmers' access to markets" project, funded by the European Union and benefiting some 15,000 vulnerable farmers in the district.

Since 2017, we have been conducting massive tree planting campaigns around the Lifuwu irrigation system.

To ensure the sustainability of the activities, two groups for nurseries’ management, within the irrigation scheme and in the surrounding buffer zone, have been trained on the best practices of propagation and management of fruit and forest trees.

During the project, vegetation was restored in most of the bare lands of the district of Salima, also by strengthening natural resources management groups who had been previously created and by establishing new ones.

One of the management groups of the Lifuwu nursery, for example, was created during the project. Founded in March 2017, the group, which consists of 10 members (6 women and 4 men), has learnt basic technical skills on how to grow fruit and forest trees, graft and transplant and preserve the territory.

Since the members are also rice growers of the irrigation scheme, after selling the trees, they managed to earn MWK 300,000 (3575.72 euros) and could therefore pay water taxes and buy raw materials for agricultural production such as seeds and fertilizers. In 2019, the group managed to harvest 36,000 fruit plants and 40,000 forest plants.

During the last three years, the rehabilitation and expansion of the rice irrigation system in the Salima District has contributed to increase agricultural productivity and food security in rural communities, improve farmers' access to irrigation systems, boost productivity and food diversification, with a 30% increase in exports of Lifuwu agricultural products to national markets.

By the end of the project, the beneficiaries will have a 170% increase in income compared to 2015, thus reducing the number of men and women with incomes below $1/day and, at the same time, the rate of child malnutrition, which will drop by 30% compared to 2015.