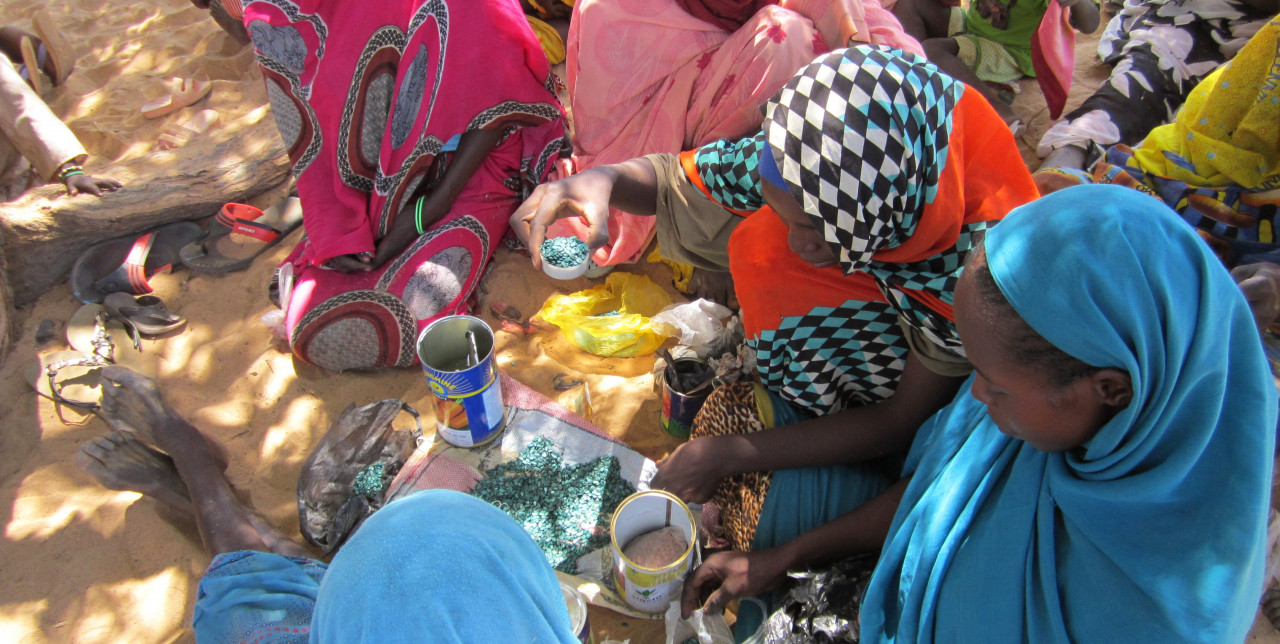 As the security is slowly improving in North Darfur, thousands of people are returning home. It is estimated that 7.713 people went back to Sudan in the last three years.

COOPI, which has been working in the country since 2004, is now working with United Nations Development Programme (UNDP), in order to facilitate the recovery and reintegration of returnees, refugees and internally displaced people.

We are particularly supporting the steadily increasing population living in Um Buru locality, within the Orshi administrative unit, by stimulating the main economic activities, agriculture and livestock.

COOPI has been responding to various emergencies in Um Baru, mainly through the construction of emergency water infrastructures. Since 2015 COOPI, through a multi-sector approach, has started to integrate access to water with food security and sustainable livelihood. The Orshi dam reparation we carried out in 2016 enables a more effective rainfall capture, prevents high evaporation rates and, in case of droughts, allows to use water for livestock, agriculture as well as for domestic use.

Asha Ibrahim Ahmed, one of the beneficiaries of the project, told us the way her life improved, after she started a self-sustaining activity related to agriculture.

Asha has been living for many years in a refugee camp, in Tchad. Now she is back home and her main concern is how to get continued access to food and water for herself and her family. She is a mother of six children and head of the household, as many women in Um Buru (78% of the population).

From September 2016 up to June 2017, she cultivated tomatoes, okra, onions and watermelons. Thanks to our support and to the dam irrigation system she had a plentiful harvest this year. She dried some of the vegetables and sold them to the local traders.

By selling her products, Asha is also able to purchase additional food items (salt, spices and oil) as well as medicines.

The success of this intervention allowed us to invest in new dams rehabilitations. By launching this virtuous cycle, our wish is that more and more people will finally achieve greater food security.